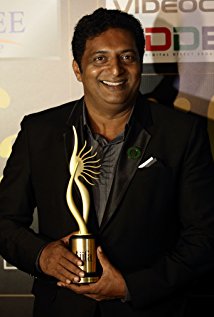 Why Abuse Prakash Raj for Stating the Truth?

Why Abuse Prakash Raj for Stating the Truth?

Editor-in-Chief of indiacommentary.com. Current Affairs analyst and political commentator. Writes for a number of publications. View all posts by this Author
Five-time national award winning actor Prakash Raj, famous both down south and in Mumbai film industry, is piqued that his remarks about UP chief minister Yogi Adityanath being a better actor and more deserving of awards than him has been construed as a statement that he wishes to return his awards. He also resents that he has been trolled on social media in very abusive manner for his remarks. He is further pained that PM Modi follows those who have abused him. His pique, resentment and pain are all for valid reason.

Let us take the remark about politicians being better actors than most award winning performers. There can be no doubt that acting is one of the biggest talents a politician must possess if he or she wishes to go anywhere up in the hierarchy. For, politics is nothing but playing to the gallery for most of the time. One has only got to see a politician perform at public meetings to come to the conclusion that a lot has been invested in creating the public persona that the politician wants to portray, much like the look actors invest in each of their films. The flourishes, the pauses, the speech writing and the dialogue delivery are all cinematic. Of course some like Kejriwal  albeit with the help of a character actor in Anna Hazare - act like heroes while others like Rahul Gandhi are reduced to play the roles of comedians. But actors they all are and Prakash Raj is absolutely right.

Raj has clarified that nowhere in his remarks did he say that he would return his awards which were earned through his talent and hard work. That is as it should be. Prakash Raj is a very talented actor who is as comfortable playing the stupid or menacing villain in stock commercial films or essaying a method role in a new age film. One wishes he keeps using his talent to win many more awards.

Raj is also right in resenting the trolls. He has spoken his mind. Now, in any civilized society, every other citizen has the right to engage him in a debate about what he has spoken. Of course it is Rajs prerogative whether to reply to any questions put to him. No person, however, has the right to abuse him. But with India having reached the stage where people are being murdered for just holding the views they hold, abuse on social media seems to be a small, though disgusting and dangerous, thing. There is no courage involved in abusing someone from behind a wall. In fact, it is the biggest sign of cowardice or unintelligent behavior to be a faceless abuser.

Further, when the topic of PM Modi following some people who abuse others was raised last time, the government clarified that since Modi had innumerable followers, it was not possible to weed out such miscreants and that in any case Modi following them did not give them any official sanction. But has not the time come to at least start identifying habitual abusers from amongst the followers Modi has and unfollow them? Although it does not give them any official sanction, it gives them a self-importance and swag that leads them to show more bhakti than ordinary so-called bhakts. Hence, those who manage PM Modis social media accounts would do well to unfollow these uncouth elements.