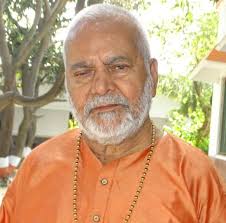 Why Has The Supreme Court To Intervene For the Administration To Move Against Accused BJP Leaders In UP?

Why Has The Supreme Court To Intervene For the Administration To Move Against Accused BJP Leaders In UP?

Another name has been added to the list of rogue swamis. This time, it is Chinmayanand, the self-styled swami who is a BJP leader and was a Union minister. A law student from Shahjahanpur has alleged that the man used to harass her. The girl had alleged in a Facebook post that Chinmayanand had spoiled her life. But three days after posting the video, she went missing. She was later found in Rajasthan.  The girl's father had lodged a complaint with the Shahjahanpur police against Chinmayanand alleging that he sexually harassed his daughter. The police filed the FIR on August 27.

In the meantime, a group of lawyers wrote to the Supreme Court to take suo moto cognizance of the matter which the court did. When it was informed that the girl had been found in Rajasthan, the judges met her in the chambers. After hearing the girl, the court asked the Supreme Court registry to make arrangements for her stay in Delhi as she was afraid to go to UP and passed an order directing the UP government to form a Special Investigation Team (SIT) headed by an IG-rank officer to probe the charges. It also called the girl's parents to Delhi. It asked Delhi police to provide them with security.

The court has also allowed the law student and her brother to apply for admission to another college as she was feeling insecure about continuing her studies in Shahjahanpur. It has directed the administration to make arrangements for the same and ensure that they get hostel accommodation at the new college. It has also directed that the girl and her parents were now free to take a call on returning to Shahjahanpur. The UP government has formed the SIT. It has also directed the divisional commissioner of Bareilly and the vice-chancellor of Mahatma Jyotibha Phule Ruhelkhand University in Bareilly, to admit the law student and her brother there. Directions have also been issued to the Superintendent of Police, Shahjahanpur to provide adequate security to the law student, her parents and other members of her family.

But why did the administration act only after directions were passed by the Supreme Court? Why was Chinmayanand not questioned after the FIR was lodged on August 27? Although the UP police made an attempt to trace him in Haridwar after the FIR was filed, he was not found. Where did he vanish after that date and why did he vanish if he has done nothing wrong, as he claims. He addressed the media today with the usual blah-blah about being framed and imperiously said that he would say what he has to say before the SIT. It is condemnable that lawmakers seldom adhere to the law. They never appear before the police if they are charged and almost always go missing to avoid arrest.  If a common man does this, he is called an absconder and a non-bailable warrant might be issued against him. But politicians get away with breaking the very laws that they help make for the common man. Has the time come to make special and more stringent laws for lawmakers and politicians keeping in mind their privileged status?