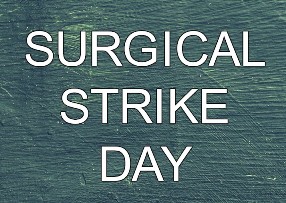 View all posts by this Author
The latest in the line of directives meant to use educational institutions and students as tools in the political game is the UGC directive to vice-chancellors of all universities under it asking them to celebrate Surgical Strike Day on September 29. This is highly objectionable. Hiding behind the ruse of supporting the armed forces, the government, through the UGC, is trying to set a precedent that will do much harm to the educational system. But this is nothing new. In every state, the ruling party of the day requisitions students and teachers from government schools and whenever it organizes any show. Ostensibly, this is done to create awareness about government policies and programmes, but it is not the right way to go about it.

As for the UGC directive, first and foremost it should be recognized that the surgical strikes were not an act of wartime valour or importance. The government took a decision to destroy terror camps across the border and the professional armed forces carried out the orders with precision. It was a one-off, surprise attack that let Pakistan know that India would not be a mute spectator to nefarious activities aimed at India and carried out in Pakistani territory. But to celebrate it as Surgical Strike Day smacks of political opportunism. If the government wants to highlight the valour of the armed forces and the importance of the event, it should issue a postage stamp in its memory. But to force universities to round up students and celebrate the day will only make the youth rebel. Forced nationalism or patriotism is something which should be avoided at all costs. Is the government celebrating the valour of the armed forces or in this pre-general election year, trying to remind the people that it was bold enough to take the decision to go for the surgical strike?