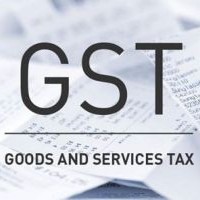 Why is the Oppn. Protesting Introduction of GST Bill in Lok Sabha?

Why is the Oppn. Protesting Introduction of GST Bill in Lok Sabha?

Editor-in-Chief of indiacommentary.com. Current Affairs analyst and political commentator. Writes for a number of publications. View all posts by this Author
Is the Congress led opposition right in demanding that the GST bill be referred to the standing committee on finance before it is discussed in the Lok Sabha? Or is it just creating hurdles for the government in passing an important piece of legislation that would simplify indirect taxation?

To some, it would seem that the opposition, mainly the Congress, is bent on giving back to the BJP as good as it got when it was in power and the BJP opposed the very same bill. To others, it would seem that the opposition is just nitpicking and stalling the bill. But arenÃ¢â¬â ¢t there parliamentary procedures and conventions that need to be followed before any major law is enacted?

Of course critics will say that standing committees are not always effective, as was visible when the obnoxious sec 66A of the IT Act was cleared by one such committee despite being one of the poorest pieces of legislation to have been enacted as a statute. But the fact remains that any bill has to go through the rigmarole. If the government has introduced the bill after the changes without referring it to the standing committee, it has shown undue haste and broken time honoured convention. The opposition cannot be faulted for raising the point.

Having said this, it also needs to be said that standing committees are but microcosms of the larger house. If the original bill was discussed, debated and cleared by the standing committee and the revised bill has now been introduced in the Lok Sabha, there is no harm in debating the changes in the larger house. In fact, as long as the intention of the legislature has not been altered in wholesale, there should not normally be much of a problem.

The opposition efforts to stall the bill prove two things. One, despite knowing that it is facing a hostile opposition and the importance of getting the GST bill passed in boosting investor confidence and simplifying indirect tax regime, the government, especially the parliamentary affairs minister and other floor managers of the NDA, failed to take the opposition into confidence and win them over for this measure of directly introducing the bill in the house. Two, it proves that the Congress will go to any length in opposing just for the sake of opposition and would instigate the other parties to do the same.

In this Tom & Jerry scenario, the country will suffer.