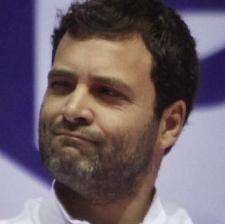 Why Rahul Gandhi Instantly Comments On Things He Doesn't Understand?

Why Rahul Gandhi Instantly Comments On Things He Doesn't Understand?

View all posts by this Author
Will Rahul Gandhi ever grow out of his Pappu image and grow up? No sooner does he give some inkling of getting his bearings right that he comes up with another gaffe that forces people to revise their opinion of him. Yesterday, after the Supreme Court ordered that it will admit stolen Rafale documents as evidence to inquire into the Rafale deal, Rahul got it all wrong and said that the court had pronounced that there was something fishy in the deal and that Modi has committed theft. He failed to realize that the court had pronounced its judgment only on the admissibility of allegedly stolen documents as evidence and proceed with the case.

Rahul said now the SC has made it clear that chowkidarji has committed a theft. He added that the SC has accepted that there is some corruption in Rafale. Where did the Gandhi scion read this or even infer it from the Supreme Court judgment? The present case was whether the court could entertain the petitions calling for a review its judgment of December 14, 2018, when it had dismissed all pleas challenging the procurement of 36 Rafale fighter jets. The Centre had objected to it by claiming that the petitions were based on three privileged documents that were removed without authorization from the Defence Ministry. The Supreme Court said the documents could be admitted as evidence. It said that as long as the documents were authentic, it did not matter how they were obtained by the petitioners. The court said that it deemed proper to dismiss preliminary objections raised by the Union of India questioning maintainability of review pleas.

This was not a case whether there was any wrongdoing in the Rafale deal. That would come later when the SC reviews its earlier judgment based on the new evidence submitted by the petitioners. This was a case where the Centre had wanted the SC to ignore evidence submitted by the petitioners as it claimed that the papers were stolen from the ministry. But such legal issues are beyond the comprehension of Rahul Gandhi. He thought the court had nailed Modi in the Rafale deal. Gandhi would do well to first understand the implication of court orders  or any other issue  before opening his mouth. Otherwise, he will again be nailed as a Pappu.