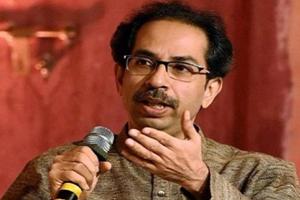 Why Uddhav Thackeray Will Rule For The Full Term

Why Uddhav Thackeray Will Rule For The Full Term

Contrary to the popular perception that the Shiv Sena-NCP-Congress government in Maharashtra will not last its full term, one believes that it might turn out to be one of the best government the state has had for a long time. The reasons are not far to seek.

The first and the biggest reason is that for the first time ever, a Thackeray will be at the helm. Uddhav Thackeray would not have got into this if he did not have faith in his partners. It took time convincing Sonia Gandhi but since the Congress has come on board, it will ensure that its long experience in running the administration will make it smooth sailing for the alliance. Finally, with a person like Sharad Pawar guiding it, the alliance will not break up easily. Thackeray has won the right to rule for all five years through hard negotiations and he will ensure that the family name is not tarnished.

The second big reason is that all three parties hate the BJP. That will be the best glue to make them stick together. The Shiv Sena broke its alliance with the BJP mainly because it was worried that the bigger party would eat into its pockets of influence if it continued to play second fiddle. That was the main reason it wanted the chief minister's post for half the term. It wanted to consolidate its base and expand to newer regions in the state. It will get this opportunity now. The NCP is quite content with protecting its pocket boroughs. The Congress might try to make an effort to expand its base but it has been sidelined in the state and it will now have to go along with the other two parties.

Since the three parties took many days to thrash out the inconsistencies involved in bringing parties with diverging views on the same page, it goes without saying that they must have done it thoroughly. They have already drafted a common minimum programme and have said that portfolio allocations will be decided in two days. One feels that there will not be any major issues there. With the Shiv Sena hopefully acting as a check on the inbuilt corruption of the Congress and the NCP, Uddhav Thackeray might still be able to run a clean government.

The only issue that can arise is if the Congress starts feeling some months down the line that its alliance with the Shiv Sena is costing it in other states. It might then opt out of the government. But given Sharad Pawarâs influence, it might still choose to support it from outside. Hence, there are little chances of the government falling in a hurry. Of course, the BJP will try to snare MLAs, like it did in Karnataka. But one feels that it will not find it so easy in Maharashtra. In any case, after the Ajit Pawar fiasco, the party is expected to tread with caution.