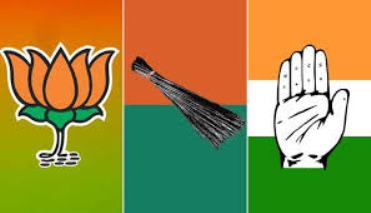 Will Delhi Back AAP Again? Or Will BJP Ride Modi's Charisma To Wrest The Assembly?

Will Delhi Back AAP Again? Or Will BJP Ride Modi's Charisma To Wrest The Assembly?

When Congress ruled the roost both at the Centre and in the states things were different. But ever since regional parties have come up strongly, there has been a trend of people often voting differently for general and assembly elections. Local issues, strong candidates and caste calculations (where predominant) play a major role in deciding the outcome in state elections as opposed to national issues and charismatic leader with a pan-India appeal in the general elections.

Given this scenario, and given the welfare and development work done by the Arvind Kejriwal government, it seems AAP is poised to get the backing of the people for another term. AAP, after the initial power struggle and the skirmishes with the Centre and the Lieutenant Governor, buckled down to govern Delhi. It focused on bettering primary schools run by the government, introduced the Mohalla clinic scheme and ushered in other improvements in state-run hospitals and lowered electricity and water supply costs. It also strived to improve public transport in the capital and allowed women to travel free on buses run by the government. This has obviously yielded dividends and will help AAP in its campaign. On the other hand, there has been a huge churn in the party and many stalwarts, including founding members, have parted ways. Further, the party will find it had to get the right candidates for all the seats given the infighting in the state unit.

The BJP, on the other hand, will be banking on Narendra Modi in a big way. But to be safe, it had passed a Bill in December 2019 that allows for a legal framework to provide ownership rights to those living in Delhi's sprawling unauthorized colonies. The party feels that as this will benefit more than 30 percent of the population, it might score an upset win. But the BJP does not have a strong local leader. Further, the NRC and CAA have queered the pitch big time, although the party hopes that polarization on this count will help its prospects. Finally, the recent attack on students in JNU has also antagonized a large section of the population. The writing on the wall says that Modi's charisma might not be enough for the BJP to pull in the votes in enough numbers.

As for the Congress, it suffers from a vacuum at the top in the state after the demise of Shelia Dikshit. Its traditional vote bank - the poor and the marginalized - have also seen to have shifted their loyalty to the AAP, impressed by its work. But the Congress has the power to eat into the votes of both the BJP and the AAP in all Delhi seats. Hence, it remains to be seen who comes up trumps in three-cornered contests. One thinks that AAP has the advantage (even multiple opinion polls have confirmed this) in the assembly elections unless fatigue and anti-incumbency (the party will try to negate that with its record in governance) override all else.