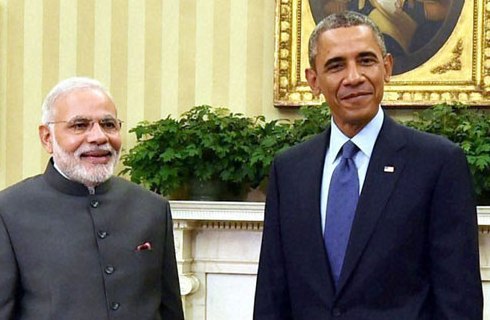 Editor-in-Chief of indiacommentary.com. Current Affairs analyst and political commentator. Writes for a number of publications. View all posts by this Author
Despite the bonhomie and first name familiarity displayed by PM Modi, the question that needs to be asked is whether Indo-US relations will actually improve after this historic visit by US President Barack Obama. This visit was historic because it was the first time a US president was attending Republic Day celebrations as the chief guest and it was the first time any US President was visiting India for the second time during his presidency.

The US has sided with Pakistan ever since India tilted towards the former USSR despite its non-aligned status. Hence, despite India being a democracy and despite Pakistan lapsing into military rule time and again, the US stance has seldom changed. This has also not changed after 9/11 even though Pakistan is a Muslim nation and shelters terrorist elements. This did not change even when Osama Bin Laden was found to be hiding in Pakistan. The US was more than happy in just liquidating him inside Pakistan and was perhaps obliged to the Pakistani government for having allowed them to do so. Since the US involvement in Afghanistan, Pakistan has very cleverly posed as a frontline buffer against the Taliban and used it to get huge concessions from the US. Since Pakistan buys enormous military hardware from the US, the defence equipment producers there support it and have a major say in guiding US policy in the region. The US views Pakistan as a more reliable ally than India in case of conflict in the region.

But things can change fast if four things happen. First, if the two leaders at the top have each othersÃÂ¢Ã¢âÂ¬Ã¢"Â¢ ear. Second, if India reforms its business and tax laws making it attractive for US business to manufacture in India. Three, if building nuclear reactors and defence factories are thrown open to US companies and they come in large enough numbers. Finally, if India is not seen to take positions in world forums that consistently go against US interests.

We have a situation here where both Obama and Modi seem to have developed a good friendship and seem to have each othersÃÂ¢Ã¢âÂ¬Ã¢"Â¢ ear. I say seem to because appearances are very deceptive. Obama has come to India to attend the Republic Day celebrations. He has to be nice to his host. Whatever agreements are being signed must have been thrashed out by the bureaucrats of both sides in the days that preceded the visit. Obama has not made any announcement that goes against stated US policies. Hence, it could be an opportunity on the part of Obama to wrangle as many concessions as he can for US business interests. He already gave a pointer to this by saying that there are still too many barriers in doing business in India.

Although Obama also said that he was impressed by the policy decisions being taken by PM Modi, the fact remains that US business interests are not interested to invest in India as of now. Although the APA issue has been settled, the nuclear liability bill will be looked into by the Attorney General of India and a insurance pool for the liability has been created, these are not enough to draw investments in substantial manner. Intellectual rights issues remain unresolved, preventing US companies from transferring high end manufacturing technologies. Further, since only 49% FDI is allowed in defence sector, the US investors feel it is not enough. The government will have to make it at least 51%, if not more, to grant controlling rights to foreign investors. Labour laws will need to be radically reformed.

The many economic reforms that got stuck during UPA II will need to be fast tracked. The world is watching and expects a lot from the budget. Also, the NDA problems in the Rajya Sabha are common knowledge and its political acumen in getting bills passed, if necessary through a joint sitting of the Houses, will be closely watched. With the President rapping the government for issuing too many ordinances, that route is also more or less closed for now. The government will have to tread a very delicate path in parliament. No one questions the intent of this government, but the big question is how it will deliver in the absence of numbers.

Finally, India and the US will have to be on the same page where world issues are concerned. The US is very rigid where it feels that its geopolitical concerns will be hampered. Often, both countries differ in their views on world events. These differences have the potential of harming bilateral relations too.

Hence, India will have to take the positives from ObamaÃÂ¢Ã¢âÂ¬Ã¢"Â¢s visit and build on them to get investments from the US. It will have to reform its economy faster than it has been able to do till now. It will have to thrash out the intellectual property issue. Only then will US business invest here.