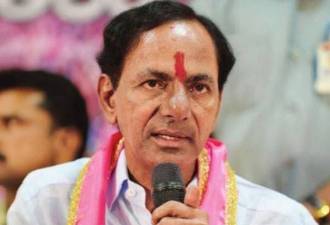 Will KCR Be The Next Nitish Kumar?

Will KCR Be The Next Nitish Kumar?

Editor-in-Chief of indiacommentary.com. Current Affairs analyst and political commentator. Writes for a number of publications. View all posts by this Author
What is up with K Chandrasekhar Rao, the Telengana CM? As recently as March this year, he was in the thick of things for forming a federal front to fight the BJP. He even flew down to Kolkata to meet his West Bengal counterpart Mamata Banerjee, seen by many as the chief rallying point of all opposition parties. After that meeting, he had said that it was the beginning of the federal front that would be both anti-BJP and anti-Congress, with a place only for regional parties.

But after that, from end-May to August, he has changed his views. He has met the Prime Minister Narendra Modi twice during this period and displayed a growing bonhomie with him. After his latest comment that his party might tie up with the BJP after the polls, it is clear that he has dumped his idea of a federal front. What happened for him to change his mind?

The biggest factor that weaned him away from the front was the fact that almost all other opposition parties have decided that they cannot fight the BJP by marginalizing the Congress. But KCR thinks that there is no difference in replacing the BJP with the Congress. He wanted a qualitative change in politics by doing away with both the national parties. But since he has not found support with the other regional parties, he has chosen to align with the ruling dispensation, maybe to safeguard the interests of his state.

The other factor might be the departure of Chandrababu Naidu from the NDA. KCR has a running rivalry with Naidu and it is unlikely that both will be part of the same front. With Naidu not averse to joining a front that includes Congress, KCR saw no space for his party there. So he is quickly trying to fill the space vacated by Naidu and his TDP in the NDA. But in doing so, is he following the path of that other famous frequent turncoat  Nitish Kumar?