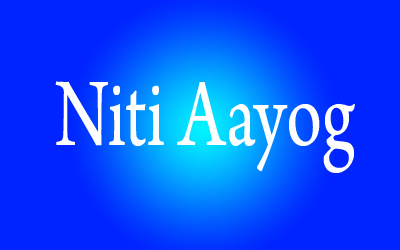 Editor-in-Chief of indiacommentary.com. Current Affairs analyst and political commentator. Writes for a number of publications. View all posts by this Author
As the NITI (National Institution for Transforming India) Aayog (NA) takes shape, with the PM as chairman and economist Arvind Panagarhia as his deputy, it needs to be examined whether it will be effective in serving the purpose for which it has been constituted as a replacement to the Planning Commission (PC). While the PC was a body that used to formulate and supervise five year plans to give direction to the economy and allocate funds for the projects it mooted, NA is to be more of a think tank where issues and ideas will be churned between professionals. Its role is expected to be advisory, while the actual allocation and disbursal of funds will be the exclusive preserve of the finance ministry.

With the PC gone, all government expenditure would now become non-plan, so to say, as distinct from the plan and non-plan expenditure in the annual Union budget till now. There was always a pressure on the government to curtail non-plan expenditure as most of it was considered to be of populist nature and was said to result in profligacy leading to huge deficits, which in turn led to increased borrowings and mounting interest costs. It also created pressure on the banking system as government borrowed heavily from the PSU banks. With all expenditure now non-plan, and the NA not expected to formulate or supervise economic planning, governments would have to resort to some other way of economic planning that can keep unwanted or populist expenses in check.

The NA, while acting as a think tank, has an agenda to develop a long term strategy, or vision, for the nationÃÂ¢Ã¢âÂ¬Ã¢"Â¢s development. With state chief ministers having been co-opted in the NC, it will develop this vision not only for the country as a whole but will also have a state specific role. This is keeping in line with Narendra ModiÃÂ¢Ã¢âÂ¬Ã¢"Â¢s push for a true federal structure where the states have a say in the nationÃÂ¢Ã¢âÂ¬Ã¢"Â¢s development. Here, NAÃÂ¢Ã¢âÂ¬Ã¢"Â¢s role will overlap and clash with that of the Inter-State Council, but this is to be expected in a country that has multiple agencies looking after various things, sometimes similar in nature.

As the Inter-State Council (ISC) is a constitutional body, what the NA develops for the states can always be put up before the ISC for consideration. In any case, any vision or strategy developed by the NA will not be binding on the central or state government. It is only to be a think tank, a body of domain experts that can put before the nation a vision to take it forward. It can also point out the mistakes that have been, or are being, made in the existing vision or those that are being made in the execution of the vision suggested by it. Often, governments become blind to their own follies and are known to react unfavourably to criticism. But they would be expected to pay heed to a think tank of professionals that they had themselves constituted.

There are 13 objectives that have been laid down for the NA. It is expected to develop ideas to foster cooperative federalism; develop mechanisms for preparing credible plans at the village level; to include national security concerns in developmental policies; creating a knowledge, innovation and entrepreneurial support system; serve as a platform for coordinating inter-departmental issues and serving as a ÃÂ¢Ã¢âÂ¬Ã"repository on good governance and best practices in sustainable and equitable development.ÃÂ¢Ã¢âÂ¬ÃÂ Additionally, it is also expected to pay special attention to the weaker and marginalized sections of society who ÃÂ¢Ã¢âÂ¬Ã"may be at the risk of not benefitting adequately from economic progress.ÃÂ¢Ã¢âÂ¬ÃÂ

If domain experts churn ideas taking into account the latest innovations and the best practices being followed around the world and suggest how these could be adapted and used in the Indian context, it will be of immense benefit to the country. There has been criticism that there is no representation from the private sector and civil society in NA. This is a valid criticism as ever since reforms started in the 1990ÃÂ¢Ã¢âÂ¬Ã¢"Â¢s, Indian economy is driven by private entrepreneurs. Similarly, the social space is dominated by civil society activists. These people are also domain experts in their own way. For instance, Ratan Tata and Azim Premji would have more practical inputs to provide on entrepreneurship than any economist and Kailash Satyarthi would have more inputs to provide on marginalized children than any social scientist on the panel. With time, this omission needs to be corrected.

Arvind Panagariya, the Vice-Chairman of NA, has said that policy making rather than planning will be the prime concern of the body. He has said that labour reforms and ways to strengthen the small and medium enterprises (SME) sector would be his top priority. If he and his team of experts and young professional are able to guide government policy with innovative and sustainable ideas, India will be truly transformed.