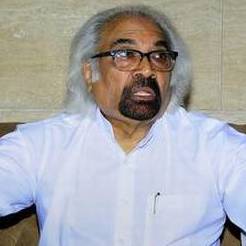 Will Pitroda's Remarks On 1984 Riots Influence Voting in Punjab?

Will Pitroda's Remarks On 1984 Riots Influence Voting in Punjab?

Editor-in-Chief of indiacommentary.com. Current Affairs analyst and political commentator. Writes for a number of publications. View all posts by this Author
Sam Pitroda has done a great disservice to the Congress by commenting on the 1984 anti-Sikh riots. His remark hua to hua (or what happened, happened) has also provided Narendra Modi an opening to take the Congress to the cleaners in Punjab. Even as Sikhs, angered by nepotism and corruption in the SAD-BJP government, had voted in the Congress by forgetting the past, Pitrodas comments will reopen ghastly wounds and revive horrific memories.

Although Rahul Gandhi has been quick to control the damage by saying that Pitroda spoke out of line and should apologize, many feel that the Congress has always been less than apologetic for the genocide of Sikhs allegedly carried out under the direction of many local Congress leaders like Sajjan Kumar, Jagdish Tytler and Kamal Nath. In the past, one used to hear comments like the earth will shake if a banyan tree is uprooted in support of the planned massacre. The Congress has also made the tainted Kamal Nath the chief minister of MP.

But the worst part is that Pitrodas comments come in the middle of the elections, more so when the BJP is on the back foot in Punjab. Modi made much of the comments in a rally in Hoshiarpur yesterday, rubbing it in by saying that while the Congress had suppressed the riot files, his government had booked the perpetrators and sent them to jail. He also asked the people if they could forgive the Congress and received the expected and resounding no as reply.

But one feels that the controversy will not improve the SAD-BJP position in Punjab. Sikhs, though pained by the desecration of the Golden Temple and the 1984 Sikh riots, have moved on. Their support for Congress in the assembly elections two years back is ample proof of that. Moreover, the Akalis have done little of importance in the last two years to reverse their discredited image. Further, Punjab is one state that is not much influenced by the aura of Narendra Modi. Despite Pitrodas vulgar comments, the Congress is likely to sweep the polls in Punjab.