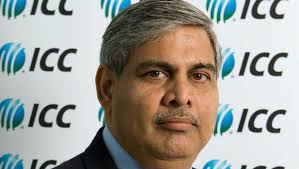 Editor-in-Chief of indiacommentary.com. Current Affairs analyst and political commentator. Writes for a number of publications. View all posts by this Author
Shashank Manohar has taken the easy way out. He has left BCCI at a time when he, with his legal background and no-nonsense image, was needed the most. With the Supreme Court bent on making the BCCI a transparent and accountable body, his expertise and experience would have helped the body in making the transition smoothly. But having set his eyes on the seat of ICC chairman, Manohar is least bothered about what happens to a body that has made him eligible for the world bodyâs post in the first place. As the icing on the cake, the crafty administrator has got himself elected unopposed as the first independent ICC chairman.

Manohar has said that he is not hankering for any post. In his defense, he has pointed out that it was he who had suggested to the ICC that the post of the world body president should be âneutralâ and âindependent,â meaning that the practice of a national body president simultaneously holding the world body post should be done away with. But when his proposal was accepted, Manohar immediately resigned from BCCI to take a shot at the higher and more prestigious post.

Manohar has had a checkered history with the BCCI. It was during his stewardship that the controversial clause 6.2.4 was amended to allow BCCI office bearers to become owners of teams in IPL, raising the conflict of interest situation that was the originator of all problems and the consequent glare of the Supreme Court, being faced by the BCCI now. Hence, when Manohar had said that he would ensure a cleaner body in his second innings, it was not to be taken seriously. Whatever measures Manohar did initiate in his seven months at the helm this time, like putting details of expenditure above 25 lakhs on the website, appointing world class firms like PwC as auditors or appointing other consultancy firms to suggest ways to improve the body and appointing a CEO, were more to pre-empt court action.

Manohar will move on to greener pastures. But he will leave BCCI without a legacy. He has just used BCCI for the last seven months as the platform to pitchfork himself higher up in the world cricket hierarchy.