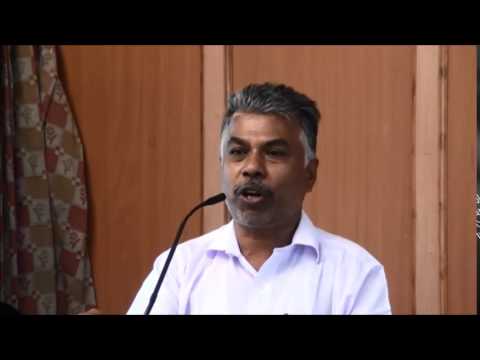 A Writer 'Dies' Due to Religious Intolerance

A Writer 'Dies' Due to Religious Intolerance

Editor-in-Chief of indiacommentary.com. Current Affairs analyst and political commentator. Writes for a number of publications. View all posts by this Author
Religious intolerance against literature and art in India has witnessed its first ÃÂ¢Ã¢âÂ¬ÃÅcasualty.ÃÂ¢Ã¢âÂ¬Ã¢"Â¢ Tamil author Perumal Murugan has announced on his Facebook page that ÃÂ¢Ã¢âÂ¬Ã" Perumal Murugan, the writer is dead. As he is not god, he is not going to resurrect himself. He also has no faith in rebirth. An ordinary teacher, he will live as P. Murugan. Please leave him alone.ÃÂ¢Ã¢âÂ¬ÃÂ

Murugan was being hounded by local caste-based Hindu groups in Tamil Nadu who objected to one of his books, ÃÂ¢Ã¢âÂ¬Ã"MadhurobhaganÃÂ¢Ã¢âÂ¬ÃÂ in Tamil. It was also translated in English as ÃÂ¢Ã¢âÂ¬Ã"One Part Woman.ÃÂ¢Ã¢âÂ¬ÃÂ It tells the story of a childless, married woman who thinks about conceiving on the day of a festival when consensual sex is allowed between any man and woman.

The said Hindu groups, belonging to the Kongu Vellalar caste, were objecting to the fact that the book denigrated Lord Shiva and the woman devotees who visited the temple during the festival. They also objected to the use of the name of a village near Tiruchengode in the book.

The author, on his part, maintains that though the practice in not followed any more, it was indeed the norm in the past and has been recorded in oral history. If the author has woven a fictional story around the custom and depicted human relationships against this backdrop, there should ideally be no problems. But since a temple and a religious festival are involved, caste-based Hindu groups have burned the book at various places in Tamil Nadu.

In India now, we have reached a stage where intolerance against art and literature is descending to ludicrous levels. It is one thing to object to willful misrepresentation of historical facts in a scholarly tome and quite another to object to a fictional novel using a historical or mythological backdrop. Even the scholarly tome should be given space as alternative views carry the debate forward and give birth to inquisitive minds.

Further, Indian laws are clear on their restriction on freedom of speech and expression. Article 19(2) of the Indian Constitution spells out these restrictions as ones that would protect ÃÂ¢Ã¢âÂ¬Ã"the sovereignty and integrity of India, the security of the State, friendly relations with foreign States, public order, decency or morality or in relation to contempt of court, defamation or incitement to an offenceÃÂ¢Ã¢âÂ¬ÃÂ. This Article is so comprehensive and yet so openly worded that it gives the government and the courts immense freedom in interpreting events as they choose to.

Any writing, speech or other artistic expression that can fuel enmity between communities on grounds of religion or race is prohibited under Sec 153A of CrPC. Sec 295A prohibits blasphemy, or anything that outrages religious feelings. Now, when such comprehensive laws exist in the country, isnÃÂ¢Ã¢âÂ¬Ã¢"Â¢t it proper to take an offending piece of art or a book to the courts and let it be subjected to the laws of the land?

Where is the need for the caste-based Hindu groups to take the law in their own hands by burning the book or threatening the author? Essentially, they are trying to create an atmosphere where the government could ban the book on the grounds that it would disturb public order. But is it proper for a handful of people to decide what insults religion or should it be left for the courts to decide? But these caste-based groups have acquired enough political clout in Tamil Nadu to be able to flex their muscle and silence Perumal. (For a detailed report you can read the article Who Killed Perumal? in The Times of India dated Sunday, Jan 18