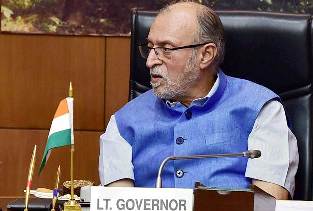 After SC Decision, Delhi Must Be Granted Full Statehood

After SC Decision, Delhi Must Be Granted Full Statehood

Editor-in-Chief of indiacommentary.com. Current Affairs analyst and political commentator. Writes for a number of publications. View all posts by this Author
A sordid saga of power tussle in Delhi comes to an end with the Supreme Court saying that the constitution does not empower the Lieutenant Governor of Delhi with administrative powers in matters other than those related to land, police and public order. The court categorically said that the Lt. Governor had no independent powers under the constitution and cannot reject, or even sit on, decisions taken by the elected government of Delhi. It further said that other than the above matters, the Lt. Governor was bound by the advice of the Delhi cabinet.

This is what AAP and Arvind Kejriwal have been saying from the beginning. They have alleged that the Centre was using the Lt. Governor to put hurdles in the path of the Delhi government and not allowing it to function. The Centre said that the Lt. Governor was acting as per the constitution which did not allow the elected government of Delhi to act and do things the way they were done by governments in all other states of India. Even the Delhi HC thought so. But now that the SC has decided otherwise, the primacy of the elected government has been restored.

At the heart of the matter is the status of Delhi. It is not a state in the true sense and hence there was an ambiguity about the powers of both the government and the Lt. Governor. Kejriwal was exasperated as all his schemes for the welfare of the people got stuck at the latters desk. It was not unnatural for Kejriwal to assume that politics was being used to scuttle the schemes. Every law can be read by different people in different ways, mostly to secure a gain for themselves. The Centre thought it could control Delhi through the Lt. Governor. But the Supreme Court has rightly said that his powers are limited. The time has now come to put a permanent end to this dispute by granting full statehood to Delhi.