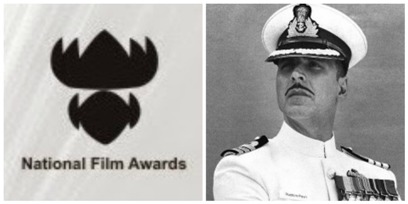 Akshay Kumar Does Not Deserve It For Rustom

Akshay Kumar Does Not Deserve It For Rustom

Editor-in-Chief of indiacommentary.com. Current Affairs analyst and political commentator. Writes for a number of publications. View all posts by this Author
Akshay Kumar has been given the National Award for acting for his performance in the film Rustom. This says many things about the way these awards are being handed out and about the jury that decides on these awards. Firstly, it proves that there is either a dearth of acting talent in India or those mandated to select fine performances are not qualified enough to spot these actors. Otherwise, a regular day in the office could not have fetched Akshay Kumar the award. Secondly, it proves that not all performances are being looked at by the jury, especially when the jury chairman himself says that Aamir Khan was not even in contention for his mind blowing performance in Dangal.

There are many ways to look at films. Some find it a medium of entertainment, much in the spirit of the heroine of The Dirty Picture who advises a producer that films runs only if they provide entertainment, entertainment, entertainment. While there is nothing wrong in that opinion, it pushes the medium into a very narrow compartment where the art and technical aspect is subjugated by the demands of the box office. This has the danger of making the industry cater only to the lowest common denominator. Films are much more than that.

As a medium that has the power to captivate, arouse, inform, entertain (yes, that too) and make one think, films have no parallel. They achieve this status by having a host of inputs that range from a good story, an effective way (it could be linear or it could be avant garde) of telling that story backed by powerful dialogues or meaningful silences, a rousing background score, some playback maybe, actors who can portray the roles with the minimum of fuss by not making things larger than life and technical expertise that makes the product a seamless and wonderful experience for the viewer. In saying this, one does not mean that indulgent products made for festival audiences are the only works of artistic film making. A simple story well told can also be a great work of art.

Make no mistake; Akshay Kumar is not a bad actor. He is a popular film star who has been entertaining people for more than two decades. He was very good in the Hera Pheri series, as also in the Neeraj Pandey movies. His forte lies in being the darling of the box office (which brings with itself many restrictions), churning out films that make Rs 100 crore and above regularly. He is the prime candidate for the popular awards. But national film awards are not popular awards decided by public voting. Akshay Kumar has in him to throw up a powerhouse performance if presented with a powerful script. But Rustom was not a National award winning performance from him. Maybe, his time for a National award winning performance will come, but the 2017 award has gone to the wrong person.