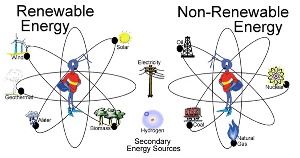 Ambitious Targets for Renewable Energy Without the Push

Ambitious Targets for Renewable Energy Without the Push

Post graduate student of Calcutta University. Aspiring economist. Budding writer. View all posts by this Author
The concerns raised over carbon footprint issue over the last decade seems to have raised awareness globally, as reduction of carbon emission has been assigned one of the primary targets of many countries. All the countries contribute differently to green house gases (GHG) and Co2 emission (one of the main GHG). In terms of 2014 rankings, the largest carbon emitters included United States and the four members of the BRIC countries- Brazil, Russia, India and China among the top 10. India ranked 3rd after USA and China. The largest absolute emitters together constituted 60 percent of global population and 74 percent of global GDP in 2011. This shows that these countries have significant capacity to reduce GHG emissions.

One of the major sources of carbon emission is electricity. The Low Carbon Economy Index 2015 shows carbon emissions from electricity generation from conventional sources in India rose by 8.2% in 2014, whereas the corresponding global figure was only 0.5%. On the other hand, a major priority of the government has been to provide electricity to all citizens. This increases the probability of more emissions unless non-conventional sources of energy generation are used. Hence, the government of India is putting a huge effort in attracting projects in wind, solar, nuclear and hydro power. While nuclear power generation is enmeshed in controversy, with NGO-led public protests over safety, the other sources do not attract investors due to low profitability.

In the 24th meeting of Major Economies Forum on Energy and Climate in New York, India along with 16 other countries pledged to reduce Green House Gas (GHG) emission further. The solar mission of India sets a target to install 20 Gigawatts (GW) of solar capacity by 2020 and 200 GW by 2050. This is by far the most ambitious solar plan any country has proposed. The government is establishing solar parks in all states of the country where land and other infrastructure is readily made available to entrepreneurs, but given the high project costs, there are few takers. The allotment is being done on the reverse auction basis. The government has pledged to cut carbon intensity by 20% before 2020, from 2005 levels. The Intended Nationally Determined Contribution (INDC) submitted by the government plans to increase electricity grids reliance on non-fossil fuels including solar, wind, nuclear and hydro-power from 28% to 40% by 2030. According to the government, the country will need $2.5 trillion by 2030 to achieve the proposed plans. Many critics are considering Indias plan to be over ambitious because of such high targets.

Even though there has been an increase in efforts to reduce carbon emission, the picture is far from perfect. The US Energy Information Administration projects worldwide energy-related carbon dioxide emissions will increase 46 percent by 2040, all things remaining same. The plans and measures taken by the Indian government are ambitious and there is still a long way to go. Just assigning targets is not enough, large campaign for proper awareness and implementation of the programmes are required while funding remains a major problem.