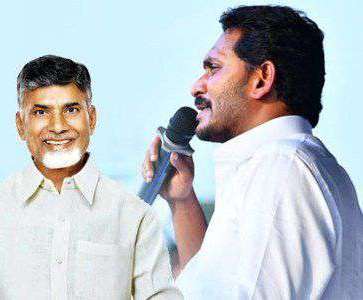 Editor-in-Chief of indiacommentary.com. Current Affairs analyst and political commentator. Writes for a number of publications. View all posts by this Author
Elections to the state assembly in Andhra Pradesh will be held simultaneously with the Lok Sabha polls. The state has witnessed turmoil in recent times due to the carving out of Telangana and the denial of special status in lieu of such bifurcation. The people of the state have begun to mistrust both the BJP and the Congress and any regional party aligning with either the NDA or the UPA is seen as a supplicant of the national parties.

Y S Jaganmohan Reddy of YSR Congress read the mood of the people correctly and distanced himself from the major national alliances. Reddy never favoured the formation of Telangana and had sat on a fast to protest. From November 2016, he has been touring the state for his Praja Sankalpa Yatra that has taken him to 125 assembly segments in 13 districts. Reddy was being wooed by both the NDA and the UPA but he chose to remain unaligned and it seems his strategy will pay rich dividends.

Telugu Desams N Chandrababu Naidu, on the other hand, has been swinging like a pendulum. He was an integral part of the NDA but once he saw the response Jagan Reddy was getting in his yatra, Naidu pressed the Centre to grant special status to Andhra. When that was denied, he withdrew from the alliance. Then he flirted with the UPA and tried to bring opposition parties on a common platform to fight the BJP. But in the end, he too has decided to go it alone. He has to contend with anti-incumbency too.

But Naidu seems to have lost credibility for being a turncoat and people now view him as someone who can neither make up his mind nor convince his alliance partners to grant special status to Andhra. Jagan Reddy, on the other hand, is being admired for taking a tough stand and refusing to be a supplicant of the national parties. The ground reality is that YSR Congress is poised to win the assembly in a landslide verdict and will also win the majority of the Lok Sabha seats. The Times Now-VMR survey gives YSR Congress 22 seats and the Telugu Desam 3 seats out of the total 25 with the Congress and the BJP expected to draw a blank.