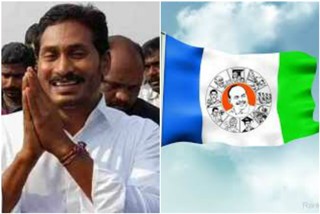 Editor-in-Chief of indiacommentary.com. Current Affairs analyst and political commentator. Writes for a number of publications. View all posts by this Author
Jagan Mohan Reddys spectacular victory in Andhra Pradesh underlines the fact that the people of the state saw through Chandrababu Naidus power games. They understood that he joined the NDA to obtain cabinet berths for his party and left the alliance when he found that Reddy was stealing his thunder by touring the state. People in Andhra have come to distrust both the NDA and the UPA  the former for not granting special status to the state and the latter for dividing Andhra to create Telangana. Jagan Reddy had his ears to the ground and kept away from both the major national alliances. He undertook the Praja Sankalpa Yatra for more than one year starting from November 2017 to January 2019 to visit 125 assembly segments and interact with the people. Obviously, his message sunk in and the people have trusted him to govern the state.

Still, the magnitude of the victory has left all political pundits stunned. In the assembly, YSR Congress won 151 seats out of 175, an amazing 86 percent. The TDP was reduced to just 23 seats. In the Lok Sabha, YSRC won 22 seats and the TDP just 3. As expected, both the BJP and the Congress drew a blank in both the houses. The Jagan wave in Andhra was stronger than the Modi wave in the rest of India. YSRC has become the fourth largest party in the Lok Sabha with the TMC, after the BJP, the Congress and the DMK.

This is a huge jump for Reddy, the man who was spurned by the Congress after his father and chief minister Y S Rajasekhar Reddys death in a helicopter crash in 2009. The high command asked him to abort his Odarpu Yatra (or condolence tour) which he was undertaking in February-March 2010 to meet families of people who had committed suicide after hearing of his fathers death. Reddy refused, saying it was a personal matter. He finally left the Congress in 2010 and started the YSR Congress in 2011. Both he and his mother strongly protested against the formation of Telangana and he took seriously ill when on an indefinite hunger strike during the protest. But his party did not perform well in the 2104 assembly elections, winning just 67 seats.

Since then, Jagan Reddy has changed his strategy and has emulated his father (who had also undertaken three-month long padayatra in 2003) by going to the people to explain his stand on issues affecting them. When Chandrababu Naidu could feel that he was going to be beaten, he started rallying the opposition and took up the issue of malfunctioning, rigging and replacement of EVMs and VVPATs tallying with the Election Commission. But none of this has helped Naidu to prevent from being washed away by the Jagan tsunami. India Commentary had predicted a YSRC sweep as early as March 2019. Read the earlier article here.