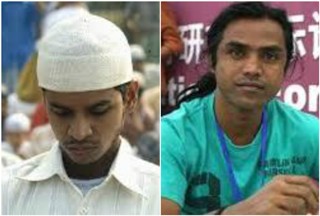 Majoritarian Bullying Is Back Again

Majoritarian Bullying Is Back Again

Editor-in-Chief of indiacommentary.com. Current Affairs analyst and political commentator. Writes for a number of publications. View all posts by this Author
Two incidents, in quick succession, have once again brought the ugly issue of majoritarian bullying in focus. Even after the Prime Minister asked his newly-elected MPs to win the trust of the minorities, attacks have been renewed.

In the first incident, a man wearing a skullcap and returning from namaz was allegedly attacked by a group of people in Gurgaon. He was allegedly asked to remove the cap and chant Bharat Mata ki jai. They also allegedly forced him to chant Jai Shri Ram which he says he refused. The police say he was attacked by a drunken youth and not by a group of persons as claimed. It remains to be seen how the police back up their claim with CCTV footage. But the fact is that after the NDAs massive victory, the unruly elements are restarting their campaign against dress and food habits of the minorities and this is alarming.

In the second incident, Jeetrai Handsa, a tribal activist in Jharkhand, was arrested for a 2017 post. While there is no law that says that anyone cannot be arrested against a FIR if two years have elapsed, the timing of the arrest  just after the election victory  once again raises questions. Handsa had made a Facebook post in 2017 in which he had asserted his communitys right to eat beef as they had been doing it for ages. A complaint was filed against him then which was converted in to a FIR by the investigating officer. But why was he not arrested then and why now?

Prime Minister Modi has added sabka vishwas to his earlier slogan sabka saath, sabka vikas and asked his MPs to win the trust of the minorities as he said they had been cheated for long. But incidents such as the above will vitiate the atmosphere. Modi must instruct the state governments to act swiftly against these miscreants and first create an atmosphere where minorities do not have to live in fear. Only then can he win their trust.