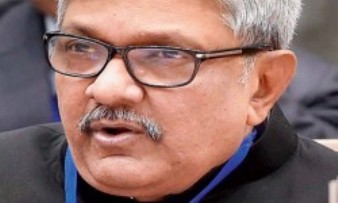 But some of the reasons given by the government do not hold water. For instance, the government has said that Justice Josephs parent high court, the Kerala High Court, is already represented in Supreme Court and given its small size, there is no need to appoint more from there. But there are several high courts - Bombay and Delhi for example - that have many representatives on the apex court benches. Quality, not regional quota, should be the benchmark when appointing judges and Justice Joseph is not found wanting there. So the government must not block someone who has been selected by his peers after due diligence. The elevation should have been blocked only on receiving a negative intelligence report. It seems the government wants to escalate its tiff with the judiciary by blocking this appointment.

But the other charge by the Congress that the government is cherry-picking and does not want judges inimical to it to sit on Supreme Court benches does not hold water. In fact, the reverse would mean that all selected judges will toe the government line. This is highly insulting to Indu Malhotra now and to others who will be elevated till the NDA is in power. Further, the government is right in saying that the Congress has no moral authority to criticize the NDA as it was the worst offender when it came to appointing preferred judges or superseding senior judges to make a blue-eyed judge the chief justice.But two wrongs do not make a right. In fact, the whole thing about politicizing judges appointment has gone too far and if a permanent solution is not found urgently, the judiciary will cease to be independent, justice will suffer due to paucity of judges and people will lose faith in the system.