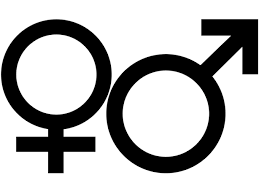 Are Women On Contraceptives More Likely To Be Unfaithful? Over 40% Men in Kerala, Punjab, Chandigarh & Lakshadweep Think So

Are Women On Contraceptives More Likely To Be Unfaithful? Over 40% Men in Kerala, Punjab, Chandigarh & Lakshadweep Think So

Although sample quality and size and the manner in which the question is put to a respondent matter a lot in getting responses in a survey, but the fact that nearly 44% of men in Kerala who are above teenage (and 46.4% of those who have completed 12 or more years of schooling) think that if women are on contraceptives it is likely to make them promiscuous shows that Kerala is not so progressive after all, despite all the hype about total literacy and a population that is educated, forward-looking and open to new ideas. The National Family Health Survey (NFHS-5) has come out with these disturbing findings. When compared with the fact that only 19.5% men who think in similar manner nationally, it shows Kerala in very poor light and brackets it with Punjab, Chandigarh and Lakhsadweep, where too more than 40% men think like their counterparts in Kerala.

Doubting women just because they are using contraception to avoid unwanted pregnancy shows that close to half of those surveyed in the above states neither have faith in women nor are aware of what goes into a relationship for sexual intercourse to take place. If a woman decides to have sex, it is not going to matter for her whether she in on contraceptives or not because there are many other ways, during the sexual act or even after it, through which she can avoid getting pregnant. The view that if a woman knows she is not likely to get pregnant she will be promiscuous is clearly misplaced and lowers her dignity.

Men need to change their views about women, contraception and women on contraceptives. With greater awareness about the risks associated with having unprotected sex, women, even if they are on birth control pills or any other form of contraception, are more likely to use protection during the sexual act if it is not with a regular partner. Since that is most likely to happen, then it does not matter if the woman who chooses to have sex with a non-regular partner is on birth control or not. Women choose to adopt birth control only because they want to avoid unwanted pregnancies (due to many reasons) when they have unprotected sex with their husbands or other regular partners (who often refuse to wear protection on the plea that it reduces the pleasure). Now, a huge percentage of the very same men think that they are likely to be unfaithful.