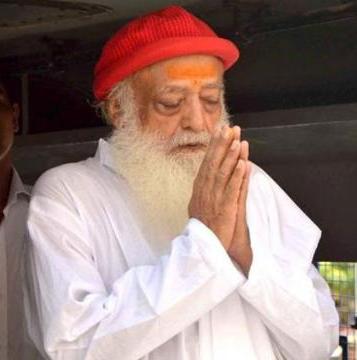 Asaram: No Penance Will Suffice

Asaram: No Penance Will Suffice

Editor-in-Chief of indiacommentary.com. Current Affairs analyst and political commentator. Writes for a number of publications. View all posts by this Author
The person who prescribed chanting of Gods name and various mantras to overcome lust could not control his own and has been ordered to be kept in jail till he dies for raping a 16-year old girl in his ashram. Asaram, Bapu to his millions of followers, ended up being a rapist. This proves that most of these assorted self-styled godmen, babas, gurus or whatever other label they or their followers put on them, are nothing but frauds masquerading as holy men. They feed on the fear and gullibility of the public to amass huge wealth and live a sordidly luxurious life that includes wining, dining and orgies away from public eye. Ram Rahim and Asaram are living testimony to that.

Asarams case had some interesting but serious issues. The first was that he was booked under the POCSO Act which had been enacted just a year before he was arrested. Second, although the rape took place near Jodhpur in Rajasthan, the girl and her family decided to lodge the FIR at Delhi. Delhi police used the then new concept of Zero FIR (as per amended sec 154 of CrPC, police have to accept complaints and initiate FIRs irrespective of the jurisdiction) to register the complaint and passed it on to Jodhpur police who then arrested Asaram.

But Asaram was not going to go out without a fight. He and his followers unleashed terror on the girl and her family, lawyers representing the girl, police officers investigating the case and witnesses testifying against him. In fact, such was the fury that three witnesses were even killed. They even tried to bribe their way out of the predicament by offering princely sums. But they came up against a girl who was made of stern stuff, unbending officers and witnesses who couldnt be browbeaten. The way this case has concluded speaks a lot for the goodness that still exists in a largely corrupt society.

But the cases of Asaram, Ram Rahim and several others of their ilk throw up many questions. How it is that anyone can wear saintly clothes, open an ashram and become a baba? After all, these people get to control the minds of a large number of people. Most of these babas are living example of the saying that religion is the last refuge of a scoundrel. Shouldnt there be some checks to ensure that people with a shady past are not allowed to resurface in this avatar? Politicians of all hues bestow patronage on these babas. This must stop. They must also be made to obtain permissions before setting up ashrams and a background check on them and their cronies must be thoroughly made. Babas will continue to flourish as long as people are gullible enough to fall for their charms, but the administration and the society can at least ensure that illegal practices are not carried out in ashrams.