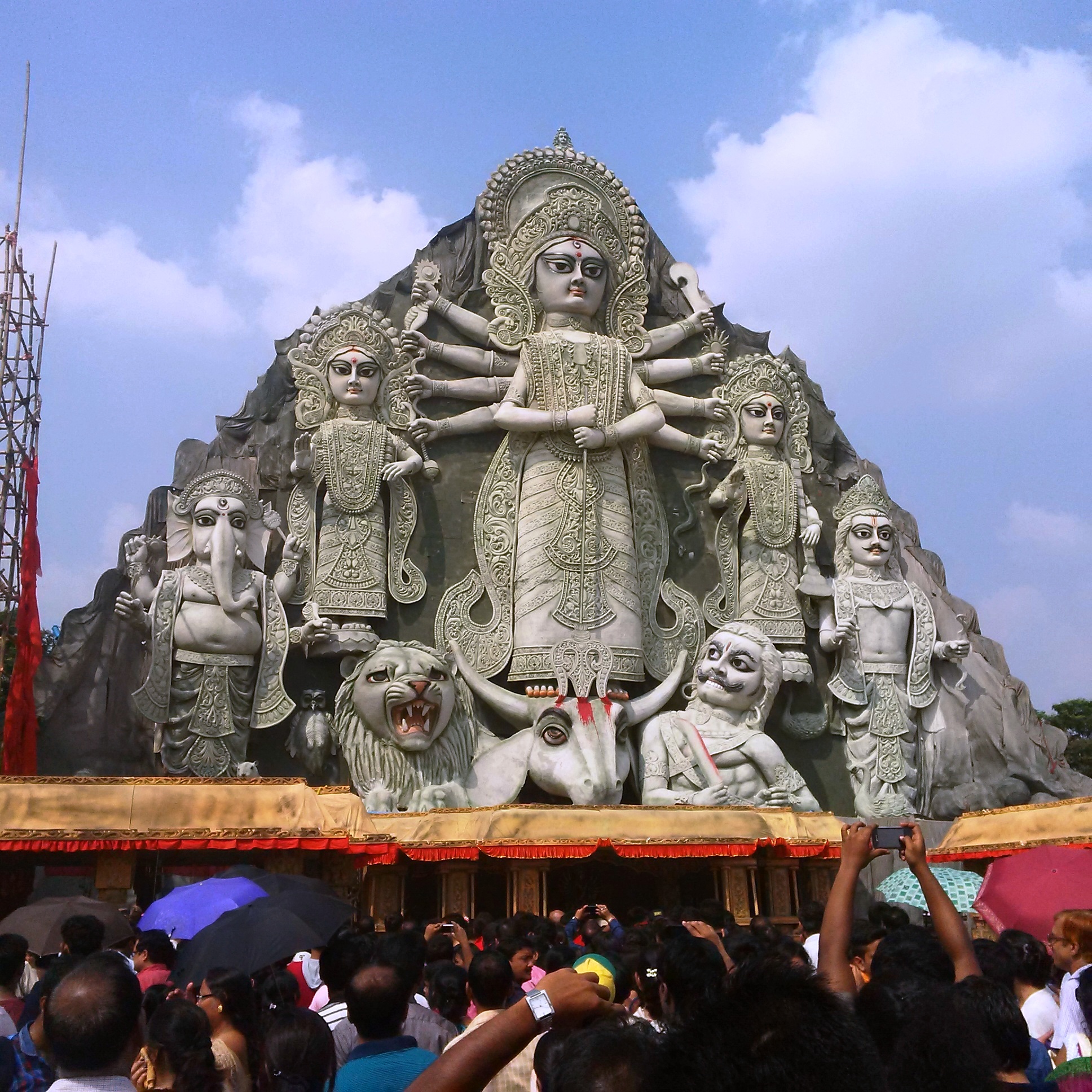 Editor-in-Chief of indiacommentary.com. Current Affairs analyst and political commentator. Writes for a number of publications. View all posts by this Author
The fiasco at the Deshpriya Park Durga Puja in south Kolkata was an avoidable incident. The organizers and the police are both to be blamed for denying the public a chance to see an 85 feet image crafted in cement by an artisan specializing in such huge structures.

First of all, the idea of inaugurating community Pujas on Mahalaya day is itself not good. Traditionally, Durga Puja is celebrated in Bengal on four days, Soptomi to Doshomi, where on the last day the mother is sent away after Sindur Khela. But the economics of holding community pujas, where first lakhs and now crores are spent, extended these days to include Ponchomi and Soshthi to make it a 6 day affair for the last few years. Then, several big pujas did not have their bhashans on Doshomi and further extended the Puja for a few more days. But this year, pandals were inaugurated by celebrities and politicians, including the Bengal chief minister, on Mahalaya day itself making it a 10 to 13 day extravaganza. Despite the reverence, fun and gaiety involved, one feels that this is stretching things too much.

As for the Deshpriya Park puja, it was supported and financed by the Star Cement brand which traditionally advertises its products extensively. For its association with this Puja, it has carried out an all-India campaign since the last 5 months with small and large hoardings saying that the worldâs biggest Durga was coming at the park. This should have alerted the police for the deluge that would visit the area. For the last two years, the Kolkata police had very efficiently managed both the crowds and the traffic to ensure a peaceful and accessible Pujas for Kolkatans. But the lack of anticipation and mismanagement at D-Park this year has been a black mark.

The police cannot say that people turning up as early as Tritiya and Chaturthi took them by surprise. For, if you allow Pujas to be inaugurated as early as Mahalaya, people will start pandal hopping early too. The traffic management drills were not in place. The barricades to manage smooth flow of devotees were not in place. There were only a few policemen present on the traffic crossing adjoining the park. The NCC and other volunteers who manage devotees by making temporary rope barricades to prevent them from encroaching on the carriageway were not on duty. The park itself was a complete picture of mismanagement. Of the five gates that are always used to manage the public inflow and outflow, just two gates was kept open, resulting in the mini-stampede. It was as if having created a novel structure that was heavily advertised and was bound to draw a huge response, the organizers were waiting for Ma Durga to put things in place. It was a huge miscalculation by them that has denied the public a glimpse at the creation. www.indiacommentary.com