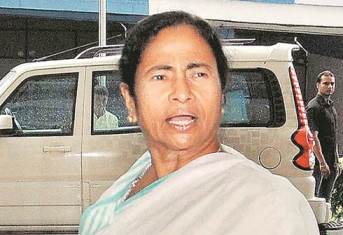 Bengal Cracks Down On Private Hospitals

Bengal Cracks Down On Private Hospitals

Anukriti is a student who dabbles in writing when she finds time. View all posts by this Author
The West Bengal chief minister has declared an all-out war against private hospitals in the state, accusing them of fleecing patients in various ways. In a meeting held with the management of major private healthcare providers, she warned them against overbilling, conducting unnecessary tests and surgeries or indulging in other unfair practices.

Kolkata is the hub for healthcare for the entire region, including the north-eastern states, Bangladesh and Bhutan. This ensures a steady inflow of patients to these hospitals and they are working beyond capacity. Despite this, a good many of them cut all kinds of corners to provide poor service and their charges are patently uncompetitive. But there seems to be an unofficial cartel and all hospitals have kept high charges. A lot of complaints have been made to the government which has now taken action.

It is true that people with means do not mind paying top money for healthcare. But they expect services commensurate with the charges. There is no transparency in any private hospital in the state. Patient families are not taken into confidence and most things are done by the doctors and the hospital themselves. All kind of forms are required to be signed at the time of admission and additional forms can be given at any point of time and must be signed without protest. No hospital staff clearly informs the patient condition or the procedure being followed to treat him despite enquiries. It is as if once the patient is admitted, the duty of the family is restricted to making payments on demand and signing forms.

This has resulted in vandalism at a few hospitals, with families of patients alleging negligence on the part of hospital authorities in causing death to their kin. The main reason for this is that hospitals are not transparent in disclosing patient conditions to their families. The hospitals on their part say that families of patients are very nosey and disturb at all times, hampering routine services. A balance needs to be arrived at whereby hospitals can be made to issue medical bulletins for all patients every day at a set time. In critical cases, this can be done more than once a day. But one is not sure whether hospitals, given as they are to their profit increasing ways, will agree to issue anything in writing.

But one is sure that Mamata Banerjees action will prod the hospitals in cleaning up their act. Rumours abound of private hospitals fixing a quota for their resident doctors to conduct an X number of tests on patients if they want to remain employed. Liberal bonuses are offered to those who fulfill their quotas. Also, all hospitals have now started in-house pharmacies. They sell medicine at full prices. The same medicines are available in pharmacy chains or stand alone stores at over 15% discount. Not all medicines billed to a patient are used and the family has no way to find out the actual usage but has to pay for what is billed. Patients are kept for more days than necessary on various pretexts and needless procedures are billed for. This is the racket that Mamata wants to smash and she needs to be supported.