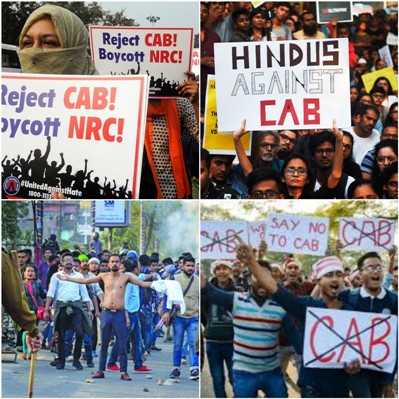 The government is going on a wrong track in defending the Citizenship (Amendment) Act (CAA). The heavy-handedness displayed by the police in trying to silence the peaceful protests, first in Jamia Milia University in the capital and then in other campuses, has united the student community and hardened their resolve to oppose the Act. This is not the way to get support for CAA. The government should take pains to explain its position instead of using strong arm tactics or the Prime Minister asking the people to trust him or the party saying that the protests are motivated.

The government has to understand that not everyone will be enamoured by its logic in amending the Act. The government has its agenda and reasons to amend the Act in the way it thinks.  The opposition and the student community, on the other hand, have the right to think differently and provide their own logic for opposing the same. In a democracy, there will be a hundred opinions that will not be in tune with what the government thinks. But using force to quell peaceful protests is undemocratic, unfair and obnoxious.

The Prime Minister has said repeatedly that the Congress is fanning the flames of protest. While that might be true to some extent, it must also be recognized that the Congress no longer holds sway over a large number of people in India. Hence, to think that it can instigate such huge protests all over the country is wrong. It also gives the impression that the government thinks there is nothing wrong with the amendments and people cannot have a different opinion. Modi also said that who is protesting is clear from their "clothes", alluding that the government thinks it is only Muslims who are against CAA.  Immediately, the student community started shirtless protests and placards came up saying "I am Hindu and against CAB". Once again it showed that the government does not know how to counter the protests and is trying to unnecessarily communalize the issue.

This is a dictatorial approach, as it was when the CAB was rushed through parliament without referring it to a select committee or giving a thought to the many modifications suggested by the opposition. Bulldozing legislations through the brute majority in the Lok Sabha and 'managed' majority in the Rajya Sabha might give the impression that the government has succeeded but it does not hold good omens for the future of democracy in the country. The opposition, though, has a lot to answer as to why it could not come together in the Rajya Sabha and prevent the CAB from getting through, especially when it was clear that the NDA was short of numbers and could have been beaten.

It is because of this reason that the street movement and protests now being carried out across the country become suspect. The opposition had its chance in the Rajya Sabha. But it failed. It failed to unite against CAB although most of the opposition parties said it was an assault on the constitution of the country. They failed in parliament and now they are showing their frustration by paralyzing the cities and towns and campuses of the country. Although they have the right to undertake democratic protests, they should ensure that it does not get polarized and violent. Moreover, they should wait for the Supreme Court to examine and decide whether the amendments violate the Constitution.