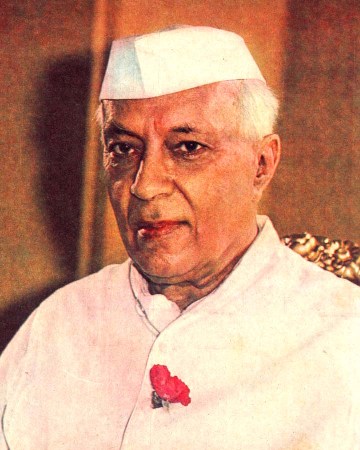 Childish and Petulant Fight Over Nehru

Childish and Petulant Fight Over Nehru

Editor-in-Chief of indiacommentary.com. Current Affairs analyst and political commentator. Writes for a number of publications. View all posts by this Author
The ongoing spat between the BJP and the Congress over inviting leaders from each othersÃÂ¢Ã¢âÂ¬Ã¢"Â¢ camp for their respective functions to celebrate Pandit NehruÃÂ¢Ã¢âÂ¬Ã¢"Â¢s 125th birth anniversary looks childish and petulant on surface. But behind the rigid stance, at least from the CongressÃÂ¢Ã¢âÂ¬Ã¢"Â¢ point of view, is the partyÃÂ¢Ã¢âÂ¬Ã¢"Â¢s perceived fear that the BJP, especially Narendra Modi, will hijack all its icons ÃÂ¢Ã¢âÂ¬Ã¢â¬Å as he has done with Sardar Vallabh Bhai Patel.

There are two things that emerge from this scenario. Are political leaders who occupied top posts in the country allowed to be chained to the party to which they belonged? Also, is their personal ideology or philosophy the exclusive property of that party? The answer to both these questions will be a resounding no.

Jawahar Lal Nehru, for instance, is also called Chacha Nehru by millions of school children, who celebrate ChildrenÃÂ¢Ã¢âÂ¬Ã¢"Â¢s Day every year on his birth anniversary on 14th November. These functions are attended by ministers and ruling party functionaries, both at state and Central level. With Congress not in power in most of the states and also at the Centre, these functions will now be attended by the BJP leaders in most places. How is the Congress going to prevent that? Does it also mean that say 30 years hence, no Congress leader will be willing to praise Narendra Modi for whatever good work he undertakes during his tenure? This is pettiness worthy of kitty parties and shows the top political parties in very poor light.

Also, when the BJP leaders attend these functions, whatever their differences with the Nehruvian ideology, they will have to praise his other qualities in front of the children. That does not mean that they will become Congressmen. It is no shame to praise a person who fought for independence and then went on to become the first prime minister of the country, leading it like a consummate statesman recognized the world over for his political acumen, oratory and learning. In fact, it is no shame to praise any ex prime minister of the country, unless the person was a known despot. For instance, even though one might despise Indira Gandhi for imposing the Emergency and displaying dictatorial tendencies, how can one forget the exemplary leadership she displayed during the Indo-Pak war in 1971 and at other equally crucial times? Leaders are not all black and their good leadership qualities need to be praised as much as their bad ones criticized.

But this happens in a civilized world given to settlement of disputes by informed and cultured debate. Our political discourse is an open house where only political immunity saves some of the leaders from facing defamation cases and subsequent incarceration. If the young leaders coming forward now do not decide to become civil, this level of crassness will spill over to their generation too. That would be the real tragedy.