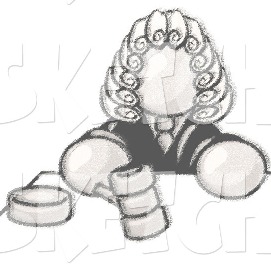 Clarity Needed On Prosecution of Judges

Clarity Needed On Prosecution of Judges

Editor-in-Chief of indiacommentary.com. Current Affairs analyst and political commentator. Writes for a number of publications. View all posts by this Author
The Supreme Court has constituted a three-judge bench, to be headed by the next senior-most judge after the CJI, Justice SA Bodbe, to look into the allegations of sexual harassment against CJI Ranjan Gogoi that a former woman employee of the court has made. Justice NV Ramana and Justice Indira Banerjee are other members of the bench. The bench was constituted after the full court met and ratified it. This is the first time that such a panel has been constituted.

The bench has issued notices to the complainant and SC secretary general Sanjeev Kalgaonkar and asked them to be present before it on Friday, the first hearing of the complaint. Although no time limit has been set for the bench, it is expected to complete its work soon, maybe before the summer recess starting on May 10. The next course of action will be suggested by the bench which is to work like an inquiry panel.

But with judges protected against the filing of criminal cases against them without the express consent of the CJI (as per the ruling by a five-judge Constitutional bench in the K Veeraswami case) one can expect many firsts in this case. Consider the scenario: if the inquiry panel finds a prima facie case against the CJI, who is the government going to consult before filing an FIR? There is a need to isolate the judiciary from frivolous cases, which was the main reason for the order in the Veeraswami case, but the caveat that the CJI will be the final authority, so appropriate in normal circumstances, loses moral standing in this case as the CJI himself stands accused of the charges.

This case has brought the whole legal process of prosecuting sitting or retired judges of the Supreme Court, including the CJI, in case of any wrongdoing, into question. Who, for instance, will decide whether the FIR can be filed against the CJI? Will the CJI go on long leave and the acting CJI (the next senior-most judge) decide on that? Is there even a provision for such a scenario? If not, who will decide what course of action is to be followed?

These are unchartered territories and tough questions that have never come up before. Hence, there is no legal precedent to go by. Whatever is the outcome of this case, it is sure to set several new precedents. There is perhaps also a need for a new law on the prosecution of judges that will balance the need to protect the independence of the judiciary by preventing frivolous cases against judges with the need to let the due process of law prevail in cases of wrongdoing.