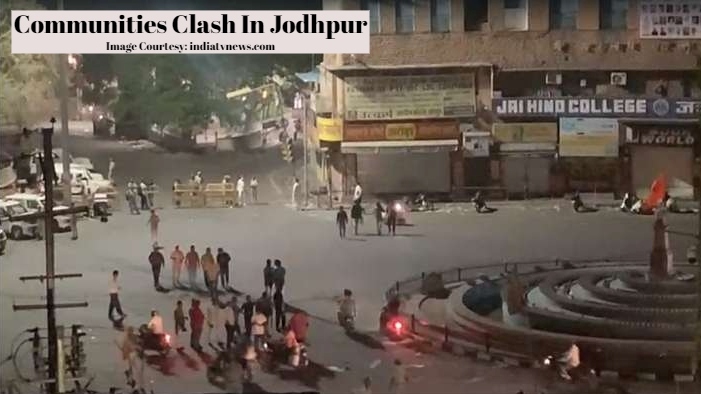 Communal Clashes Now In Jodhpur: The Pattern Needs To Be Broken

Communal Clashes Now In Jodhpur: The Pattern Needs To Be Broken

The present situation in the country is such that if any two festivals of different religions fall on the same day, there are good chances of clashes breaking out in one or more places. This is because of the atmosphere of hatred and mistrust that has gained ground in recent years, more specifically in the last few months. The pattern that is emerging is that Hindus try to usurp the ground that has been held by the Muslims for many years and the Muslims resist, leading to clashes. It happened in Gurugram when Friday namaz was sought to be prevented at many designated places, it happened when the hijab was objected to, there was a row over halal meat and allowing Muslim traders in temple fairs in Karnataka, it is happening with the azaan loudspeakers in Maharashtra and the use of bulldozers against suspected rioters in MP, Gujarat and Delhi.

The clashes which took place in Jodhpur in Rajasthan over Monday night and Tuesday on the occasion of Eid and Parashuram Jayanti were unfortunate but followed the same pattern. At an area adjacent to the Eidgah, Muslims always used to put up flags on Eid. With Parshuram Jayanti falling on the same day this year, Hindus also decided to put up religious flags in the same area. When a dispute arose, both communities stuck to their positions. In these charged times, none in the two communities could work out a formula where flags of both communities could have fluttered side by side as both communities have lived side by side for ages.

The dispute soon escalated into clashes after Hindu leaders alleged that a saffron flag put up near the statue of freedom fighter Balmukund Bissa was removed and Muslims put up Eid decorations there. Muslims claimed that they did not remove any flag but decorated the area as they have been doing every year for the last so many years. When the police tried to intervene and disperse the charged up crowd, clashes broke out. Rajasthan chief minister Ashok Gehlot has dispatched senior police officers and ministers to Jodhpur to bring things under control, suspended internet services and has appealed to the people to maintain harmony.

Looking at the emerging pattern, one feels that every town and city in India must have goodwill committees (most of them have peace committees but unfortunately they spring into action only after riots or clashes have happened) with civil society members from all communities to anticipate and prevent such happenings. These committees should not include politicians or religious leaders but must include senior police and administrative officers and organizers of religious events. They must study the calendar for possibility of clashes when festivals of different religions fall on the same day and make all communities plan religious events in a peaceful and planned manner so that they do not get into each others' way and no clashes happen. That would be the best way to move forward and foil the nefarious designs of those who make political capital out of inciting different communities against each other.