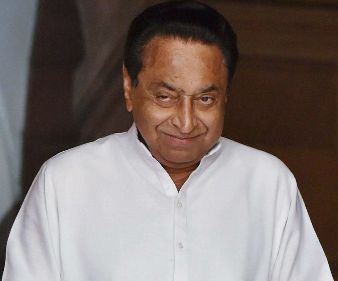 Congress Government In MP Survives Alleged Attempt To Topple It

Congress Government In MP Survives Alleged Attempt To Topple It

Ten Congress MLAs in Madhya Pradesh went missing this week. The Congress alleged that the BJP was trying to 'buy' its legislators and topple its government. The BJP denied the charge. Later, on Wednesday, six MLAs returned, ostensibly from Bangalore where they were put up in private bungalows pending negotiations. It is rumoured that four MLAs are still in the Karnataka capital.

While the Congress had won a decisive victory in Rajasthan, the faction-ridden state committee of the party had not fully managed to take advantage of anti-incumbency against the Chauhan government in the state. It had got just 114 seats (against the 110 won by the BJP) in a house of 230 and had had to form the government with support from BSP, SP and independents. Hence, it was always on the cards that the BJP would try and topple the government.

The BJP perhaps thought it had its chance now, after 14 months, as there have been rifts in the MP Congress with the senior leader Jyotiraditya Scindia threatening to start a morcha against the government of his own party for not keeping its election promise of waiver of farm loans. Hence, it must have started backdoor negotiations with the interested MLAs.

The very fact that the Madhya Pradesh MLAs went to Bangalore in a group confirms the fact. But it has to be recognized that the interest has to be from both sides. If the MLAs were not interested to defect, they would not have willingly gone to Bangalore to negotiate. There is no evidence that they were kidnapped or forced to go there. Hence, these MLAs, either individually or in groups or in a single group, had gone to Bangalore to negotiate a 'price' for switching allegiance.

That six of them returned without doing anything suggests that the talks broke down. Most MLAs nowadays expect to rake in a huge amount of cash upfront and/or plum posts like cabinet berths or chairmanships of state corporations etc. It really boils down to which party is more desperate or willing to concede more. In this case, it seems that the 'greed' of the MLAs and the 'desperation' of the BJP did not get a common quote. By all accounts, the Kamal Nath government seems to have staved off this attempt to topple its government as it has been reported that the remaining four MLAs have also pledged their support to the government.