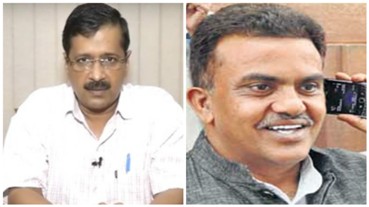 Editor-in-Chief of indiacommentary.com. Current Affairs analyst and political commentator. Writes for a number of publications. View all posts by this Author
Whats wrong with us Indians? Some of us like to contradict our own government and the Army just to either score political points or grab the headlines. Those who do this do not realize that they are playing into the hands of the enemy. First it was Arvind Kejriwal who demanded that the government make public the videos it had allegedly shot during the surgical strikes to prove their veracity. Now, Sanjay Nirupam of the Congress party has categorically said that he considers that what the government and the Indian Army are saying is false and it was a fake operation.

Kejriwal was an ex-IRS officer attached with the Income Tax department. There, with puffed up chest due to the chair he occupied, he could issue notices to the assessees under his watch to demand their financial records. Everyone knows what most income tax officials normally do when some people are not able to provide them. In his years at the IT department, Kejriwal has learnt only to demand. This has turned him into a megalomaniac. He has become the CM of Delhi quite by accident, having ruthlessly used Anna Hazare and the movement India Against Corruption for his own advancement. He can salute PM Modi for having ordered the surgical strikes but Delhiites have no reason to salute him for any decision he has taken as CM.

Thank God he is not the PM of the country, otherwise he would have never ordered the surgical strikes and if he had done so, would have released the videos on all the 6000 something screens in India and made it compulsory for all channels to show it every half hour. Kejriwal has little knowledge of military strategy. Neither does he understand that everything has a time and place. Why should India disclose details of its highly successful military operation just to satisfy Pakistan? They are itching to see in detail how the Indian Army outwitted them, went in, smashed terror camps and came back again without a scratch on their backs. The Pakistani army and the likes of Hafiz Saeed are dying to lay their hands on the footage so that they can understand where they let their guard down. India will choose the audience, the time and the place where it will play the videos, if ever. There is no need for the likes of Kejriwal to act as agents of the Pakistanis to demand that they be shown now.

As for Sanjay Nirupam, he is but a pawn in the hands of the frustrated forces in the Congress party who have been trying hard to undermine the courage displayed by the NDA government in ordering the strikes. While the top leaders of the Congress commended the government and put up a show of national unity, the lower rung has been instructed to fire salvos to undermine them. Hence, several Congress leaders have been saying that crossing the LoC is nothing new and has been done in the past too. Former Army chief Gen Bikram Singh also collaborated this to NDTV. But there was a difference. Previously it was done just to silence a pesky Pakistani border outpost during ceasefire violations. As Gen Singh said, it was never done at this scale and it was never made public. The Congress leaders sought to show that the NDA government had done nothing new in allowing the Indian Army to cross the LoC, smash the camps and kill the terrorists as governments they were part of had also done the same. Is the Congress party comparing caning a student to the death penalty?

There is a basic difference between what was being done then and what has been done now. In the past, the Indian Army jawans were being used as chowkidars. We were effectively telling the Pakistanis and the terror groups they supported that our jawans will try to prevent them from entering India like chowkidars but will never go after them. The surgical strikes have sent a strong message that the days of chowkidari are over. The jawans will be soldiers now and will do the work for which they joined the Indian Army  protect the countrys citizens and vital installations and kill its enemies, by crossing the LoC if necessary. If the Congress does not see the difference then one is afraid it has completely lost it. If people like Nirupam call it fake then should we deduce that Sonia and Rahuls support for the strikes was also fake? The Congress has frowned on Nirupam for making the comment but in the same breath has asked the government to call "Pakistan's bluff." This means that it also wants the videos to be made public. It is surprising that with years of experience of being in government, even the Congress does not understand the value of classified military strategy. It also means that not only the Pakistanis and the terror groups, some of our own politicians feel out-foxed by the courage displayed by the NDA government and are trying to belittle the effort. This is surely the ugliest way to score political points and both Kejriwal and Congress should display more maturity.