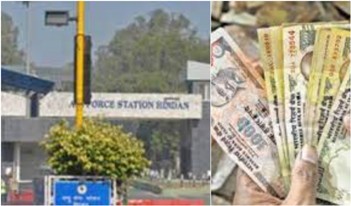 Linus tackles things head-on. He takes sides in his analysis and it fits excellently with our editorial policy. No 'maybe's' and 'allegedly' for him, only things in black and white. View all posts by this Author
It shows the desperation of the Congress party that it has now come out with a video it claims was shot in July last year. In the video, a man claiming to be a RAW officer claims that a team of government officers, drawn from various departments, were commanded by BJP president Amit Shah. This team got old notes exchanged after the deadline set by the RBI and the owners were given new notes after deducting 35 to 40 percent commission for services rendered, claims the Congress. It was also claimed that old currency worth thousands of crores was printed abroad and brought to India in special planes, to be exchanged for new currency.

So preposterous is the claim and the unverified video that the Congress can be accused of spreading fake news. The entire media, even those channels and newspapers that are blatantly anti-Modi, has either completely ignored the claims made by Kapil Sibal or have relegated it to the news section with a small mention. If they had sniffed even an iota of truth in these allegations, the nation would have been bombarded with a never-ending spectacle of 24-hour coverage of planes landing at Hindon, huge boxes being carried out of them and people claiming to be RAW or other government officers narrating how they were made to collect the cash and bring it there.

But if there is nothing in the claim to attract the attention of the national media, it means that there is nothing in the claim at all. The Congress has tried to raise the point that the government is raiding politically exposed people affiliated to the Congress party on receiving what it calls specific information but is ignoring the specific information provided by the Congress party. Sibal, being a lawyer, must know the difference. The specific information being received by the government is from multiple sources who are not interested parties. The information provided by the Congress is just from one very interested source. It takes less than Rs 5000 to make such a video. Government agencies have a lot of more pressing things to do than look into such stupid allegations.