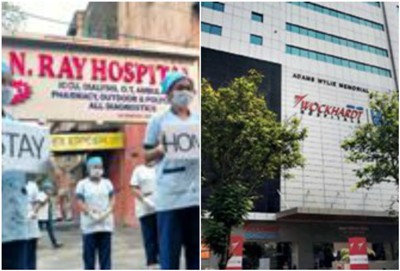 With the reporting of nearly 700 new cases from Sunday evening to Monday evening on the 10th and 11th day of the lockdown in India, it is clear that while the lockdown has succeeded in preventing the community transmission of COVID-19, it is also clear that individual cases are rising every day. At the time of writing this article, the Centre has said that India is between stage 2 and stage three (community transmission) of COVID-19. This is a matter of grave concern. Under the circumstances, it is not proper to divide data into what has happened and what could have happened if the Tablighi Jamaat fiasco had not played out. Citizens are not concerned if cases would have been drastically lower if the attendees at the Markaz had not spread it all over the country. That is a matter that will be dealt with according to the law in a separate manner. But the issue at hand is since it has happened, what is the way forward.

The major concern is the lifting of the lockdown. The economy is in shambles and the people are getting restless. There are already whispers in several heavily infected states like Maharashtra that the lockdown might be extended there. The Centre has also said that even if the lockdown is lifted on the 15th of April, it will be in a staggered manner, implying that it will not be lifted all at once all over the country. The Railways and the airlines have also indicated that the services would not resume in a full-fledged manner on and from that date. The government has already said that any decision to reopen schools, colleges and other educational institutions will be taken only on April 14. Further, after a Cabinet meeting on April 6, Union Minister Prakash Javedkar categorically said that "we are monitoring the world situation every minute. A decision will be taken in the national interest. A decision in this regard will be declared at the right time." This also confirms that there is no certainty that the lockdown will be lifted in its entirety on April 15.

Hence, Indians have to brace for a partial lifting of the lockdown post-April 15. That is as it should be. If everything is thrown open all at once, given the Indian propensity to rush where others will fear to tread, we would witness situations (crowded railway stations, bus depots, airports, Metro stations, public transport, wholesale and retail markets and crowded streets too) that would negate all the gains achieved through the painful decision of keeping people pinned to their locations for 21 days. Social distancing and all other precautions, other than the ubiquitous mask (which is but one of the safeguards and not totally preventive) will disappear as people will start jostling, pushing, congregating and crowding again, risking their lives and creating a fertile ground for community transmission.

Although the government has said that confirmed hotspots have been identified and potential hotspots (like Dharavi, for instance) are being watched and restrictions will remain in place at such hotspots and surrounding areas, will that be enough to prevent the virus from starting to infect the community in a major way? This appears a remote possibility given the presence of the virus in asymptomatic cases. Then there is the concern of health workers getting infected. Even as this was being written, reports have come in that 26 nurses and 3 doctors have tested positive at the Wockhardt Hospitals in Mumbai. If this spreads, India (already reeling under lack of testing kits, preventive gear and other medical infrastructure) will face an acute shortage of health workers to combat the spread of the virus.

If this sounds scary, consider the fact that experts have already said that fresh waves of the virus cannot be ruled out. India is in a peculiar position as it has not done enough testing to know whether the low numbers being put out presently truly reflect the spread of the virus. Due to the shortage of testing kits and other logistical problems, almost no random testing has been done on asymptomatic persons, although the testing criteria has been widened recently to include both a number of other symptoms for those to be tested as also using anti-body tests as the first test. The government has also said that daily testing will be doubled from 10000 to 20000 from Wednesday. But as reports emerge of a fresh wave of infections in China (it reported 951 new cases on Sunday after a brief lull and also said that asymptomatic cases were also rising fast), India can only keep its fingers crossed and continue with its efforts to trace, test, isolate at a rate much faster than is being done presently. But one thing is sure. There will be huge and increased risk after the lifting of the lockdown, even if it is done in a staggered manner. Administrations everywhere will have to be on their toes to prevent crowding and ensure people follow the basic precautions. One knows that given the size of the population in India this is an impossible task. That is why the lockdown has to be lifted in a very sensible and staggered manner. Saving lives is more important than anything else.