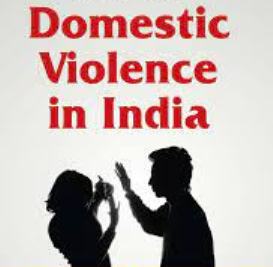 The National Family Health Survey (NFHS) 5 has thrown up some disturbing facts about domestic violence and sexual abuse of women. The worst part is that NFHS-5 reports that of the women who suffered any kind of physical or sexual violence from anyone, only 14 percent reported the matter or sought help. This once again proves that although violence and sexual abuse against women in rising, a majority of the victims continue to suffer in silence and cannot muster up the courage to report the matter or seek help. This results in a vicious cycle as the perpetrators are emboldened and the torture never ends.

Among women aged 18-49 years, the survey found that an overwhelming 30% had been subjected to some kind of physical abuse since they were 15 and 6% had been subjected to sexual violence at least once in their lifetime. 3% reported that they were not spared even when they were pregnant. In this age group, the survey also found that for the women who had ever married, 32% faced physical, sexual or emotional violence from partners. In spousal violence, physical and emotional violence were found to be more predominant than sexual violence. The physical violence unleashed by spouses resulted in 25% of the women reporting physical injuries and of these 7% reported eye injuries, dislocations or burns while 6% reported deep wounds, broken bones, broken teeth and other serious injury. While ever-married women said husbands were the perpetrators, never-married women said other relatives, boyfriends and family friends as most frequent perpetrators. Strangers and teachers were also named.

NFHS-5 findings are worrisome as they show that despite awareness campaigns and helplines - both of the government and numerous NGOs - domestic violence and sexual abuse against women is not declining and a majority of the victims do not seek help but suffer in silence. Also, strangely, NFHS-5 has reported a declining trend in spousal violence. It said that the NFHS-4 (2015-16) had found it to be at 31% but it dropped to 29% in NFHS-5(2019-21). This is at variance with the reports worldwide, and also in India, that Covid-induced lockdowns and work disruptions, which made most families stay at home for many months, had increased domestic violence. NFHS-5 was conducted for the period in which Covid disruptions were there. So why is the increase in domestic violence during this period not reflected in the survey?

Picture courtesy: cropped from the cover of the book "Law on Domestic Violence in India" by Dr Dipa Dube, published by Asia Law House, Hyderabad