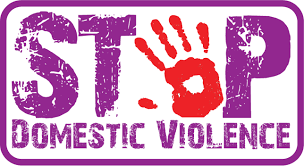 Domestic Violence: Bringing Women of Household Under the Ambit

Domestic Violence: Bringing Women of Household Under the Ambit

Editor-in-Chief of indiacommentary.com. Current Affairs analyst and political commentator. Writes for a number of publications. View all posts by this Author
There was a loophole in The Protection of Women from Domestic Violence Act, 2005 (DV Act) that allowed male members of the family to harass and perpetuate violent acts on women by hiding behind other women or juvenile (but nearly adult) members of the household. Section 2(q) of the said act prescribed that respondent means any adult male person who is, or has been, in a domestic relationship with the aggrieved person and against whom the aggrieved person has sought any relief under this Act: Provided that an aggrieved wife or female living in a relationship in the nature of a marriage may also file a complaint against a relative of the husband or the male partner. It is often seen that the female members of the household  in the form of mother-in-law, sisters-in-law or their female children in the age group of 16 to 18 years  are in the forefront of direct physical violence or mental torture of the aggrieved person.

Since the act clearly named respondents to be adult and male, these female members of the household, despite being partners in crime, escaped both scrutiny and punishment. Now, in the case Hiral P Harsora & ors v Kusum Narottamdas Harsora & ors, the Supreme Court has struck down the words adult and male from the definition of respondent under the said section. It also deleted the proviso to the section as it was rendered otiose on change of definition. The court said that the previous definition was too narrow and it provided an escape route to the family. It also said that the classification of adult male person clearly subverts the doctrine of equality, by restricting the reach of a social beneficial statute meant to protect women against all forms of domestic violence.

If we look at the intention of the legislature, it is clear that the D V Act was enacted as a form of protection for women who faced abuse and eviction at home. While the lawmakers had thought that this abuse and eviction would be perpetuated by the male members of the household and hence provided for the deleted definition, the ground reality was different. Female members of the household, either being there with the victim 24X7 or being used as willing tools by the male members were seen to be more active in such crime. Sometimes, females members as young as 16 or 17 years were made to inflict torture on the victim. Hence, the decision of the court to delete both the words will broaden the reach of the section. It would go a long way in reducing domestic violence by the female members of the household as they will now be liable to criminal prosecution.