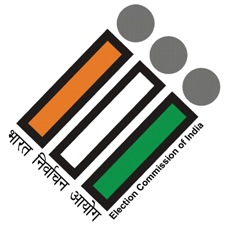 Election Commission Needs To Clean Up Its Act

Election Commission Needs To Clean Up Its Act

Editor-in-Chief of indiacommentary.com. Current Affairs analyst and political commentator. Writes for a number of publications. View all posts by this Author
The news about differences in the Election Commission (EC) over the action taken in respect of complaints of violations of model code of conduct (MCC) against Prime Minister Modi and Amit Shah are both disconcerting and disturbing. While Chief Election Commissioner (CEC) Sunil Arora has sought to underplay the same by saying that differences will always exist as election commissioners are not expected to be clones of each other, the very fact that Commissioner Ashok Lavasas dissenting remarks were not recorded in the final order in one case is a serious deviation from the past and needs to be condemned. Matters came to such a pass that Lavasa subsequently recused himself from meetings called to discuss violations of the MCC.

It is no ones case that all three commissioners should think in the same manner on all issues. They are not programmed robots. Bodies with multiple members are designed to encourage healthy debate and diversity of opinion on every issue. But the bottom line is that all such opinions should be recorded in the final orders of the body to let the public know how and why the final decision was arrived at. If Ashok Lavasa thought the EC was being too lenient on PM Modi and Amit Shah, he must have had his reasons. The public has the right to know the same.

The EC is an independent body tasked with conducting free and fair elections. A free and fair election does not only mean one that is free from instances of rigging or other malpractices. It also means that all contestants are provided equal opportunity in all respects. Since opponents will always complain against each other on the smallest of issues, it is not expected that the EC will wield the rod every time. But the manner in which the EC first informed the Supreme Court that it was helpless and then got cracking after the court indicated that it might examine its powers shows that the EC was either not aware of its own powers or was unwilling use them for some reason. In these elections, an impression has been created that the EC was lenient with Modi and Shah. It is not good for the independence of the body.