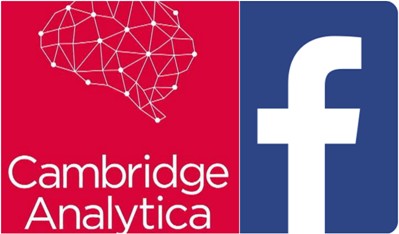 Editor-in-Chief of indiacommentary.com. Current Affairs analyst and political commentator. Writes for a number of publications. View all posts by this Author
Facebook is guilty of allowing leakage of data from its servers. If that was not enough, the cavalier attitude it displayed after the leakage was reported bordered on the criminal. Now it says that it will tighten controls before the elections in India to ensure that its platform is not misused. Why should we take it at face value?

The current fiasco, involving an academic and a firm that uses data mining to help parties fight elections, is a classic case of misuse of personal data on social media platforms. Facebook allowed a Cambridge University researcher to run a personality quiz app, mainly targeted at US customers, on its platform. It later transpired that the researcher was contracted by the firm Cambridge Analytica (CA) and the app worked in the background to collect personal data, including browsing habits and other likes and dislikes of those who took the quiz. This data (of close to 50 million US citizens) was then used to influence the preferences of US voters by suitably tailoring messages to these persons as per their likes and dislikes. They were flooded with loaded and even fake news, motivated adverts and more.

Facebook now calls the issue a breach of trust, which it might well be given that the person allowed to run the quiz was a certified academic researcher, but why did it take the assurance of CA that the data collected was destroyed at face value when the leakage was reported to it? This cavalier attitude raises many questions about the safety of personal data in the hands of these tech firms. In the age when advocates of privacy are fighting the might of the Indian government to thwart Aadhar, such large scale leakage of data from private firms servers is alarming, to say the least.

India has already warned Facebook about data leakage. But mere warning is not enough. It calls for a comprehensive data protection law. It also calls for regulation of these tech firms and the social media websites or apps they run. For, there is no saying what mischief such data leakage and the consequent targeting of unsuspecting citizens can do in a country like India despite the stringent provisions of the IT Act. Apart from influencing voters, targeted messages can lead to disharmony and mistrust among communities. As it is, riots are known to have happened when motivated Whatsapp messages have been circulated by misguided elements. Imagine what catastrophe would befall India if such messages were sent in an organized manner to targeted audiences based on their profiles leaked from social media sites? While one does not favour regulation of the internet per se, regulation of social media is something that is unavoidable given the potential for misuse and mischief.