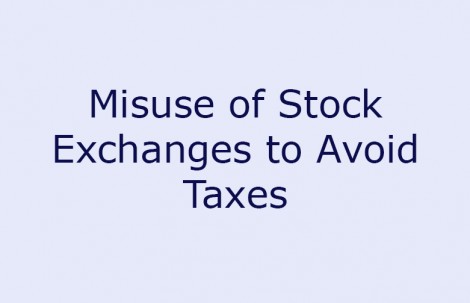 Editor-in-Chief of indiacommentary.com. Current Affairs analyst and political commentator. Writes for a number of publications. View all posts by this Author
In a case of fraudulently synchronized trading (or sham transactions, as they are called) on the bourses, the Securities Appellate Tribunal (SAT) had ruled that as long as there was no effect on the indexes like Nifty or Sensex and the common investor was not cheated, such trades could not be held illegal under the Prevention of Fraudulent and Unfair Trade Practices Regulation (PFUTP).

The issue came to light when SEBI charged three traders and brokers with using a manipulative device to carry out transactions in the derivatives segment. These transactions were carried out at prices which were either too lower or too higher than that ruling in the market at the time the trade was affected. In the bargain, one party made continuous profits while another made continuous losses. On the face of it, these transaction resembled book entries, the only difference being that they were routed through the market servers.

The charged parties then appealed to SAT which reversed the SEBI order. The matter reached the Supreme Court where a bench of Justices Kurian Joseph and R Bhanumati, in separate but concurring judgments, ruled that using the platform of the stock exchange to carry out sham transactions, whether they affected the indexes or not or whether it caused loss to the common investor or not, was illegal as it undermined the integrity of the market. Justice Joseph said that protection of interest of investors should necessarily include prevention of misuse of the market. Orchestrated trades are a misuse of the market mechanism. It is playing the market and it affects the market integrity.

The court ruled that SAT had erroneously assumed that PFUTP was violated only when there was an impact on the market due to the sham transactions. The court said that this overlooked the fact that the stock market is not a platform to carry out transactions as per the wish of the party. If a trade is fraudulent, it falls under unfair practice. The judges pointed out that whatever be the reason, one party made continuous losses through rigged transactions whereas the aim of any trading is to make profits. Hence these transactions were unfair trade practice.

Indian stock markets were always used for manipulative trades before the whole setup was computerized. But as traders get smart, they will find ways to beat the system to carry out such sham trades to generate book profits or losses as per their requirement. This is a kind of hawala trade and it needs to be nipped in the bud. For every such trade detected, there might be others that might escape the SEBI radar. That is why the court asked the market watchdog to put robust systems in place to ensure that the bourses remained free of such unfair trade practices.