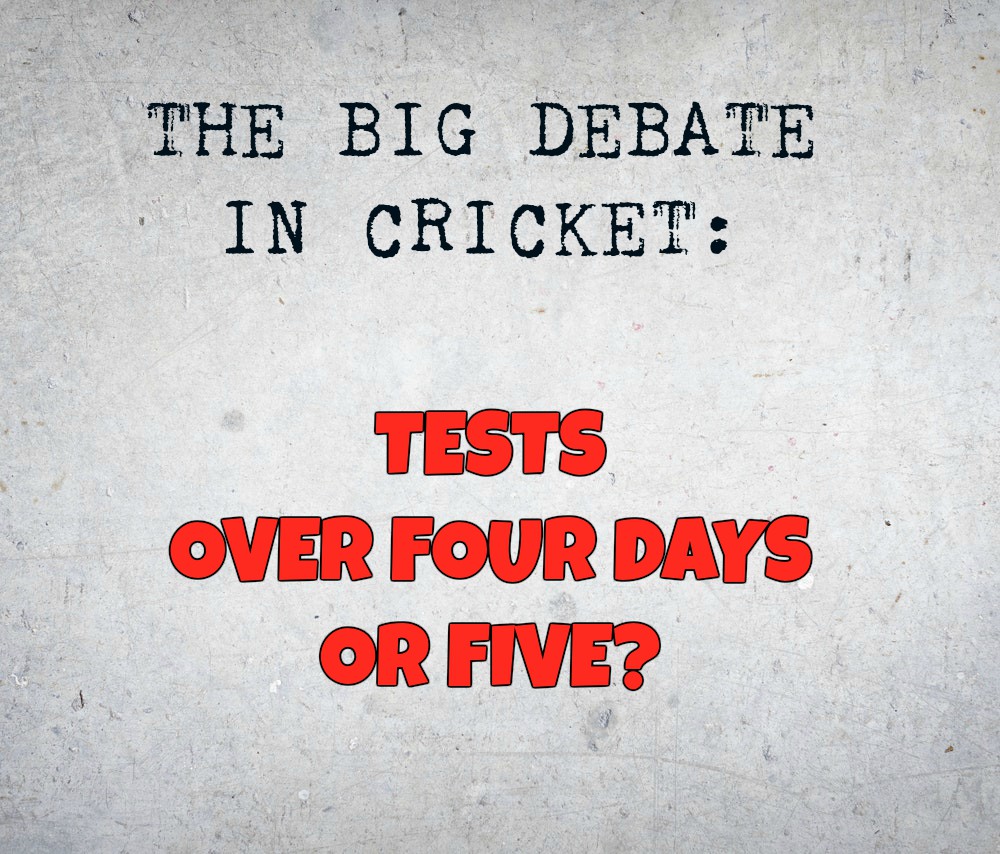 Test cricket has, of late, been producing results, unlike the dull and drab draws that had become the norm a few years ago. There are many reasons for this, not the least being the change in the attitude of batsmen who no longer want to graft for runs but score at a brisk pace as they play more of the shorter versions of the game. Then, there are pitches that are now more sporting than the flat tracks made earlier. Further, with increased emphasis on fitness, fielding standards have improved. Also, the bowlers, at the receiving end in the shorter formats, have worked hard to improve their craft which is paying a huge dividend in the longer version.

But even as all this is happening, a few experts have started to pitch for four day Tests, ostensibly to revive interest in the format which is considered the real test of the game of cricket. It is said that since Test cricket is played over five days, people have started losing interest, as evidenced by falling attendance and lower viewership on television and digital media. But will it make any huge difference to attendance and viewership if the playing time is reduced by a day? One is of the opinion that it will not. Although the recently concluded four-day Test between South Africa and Zimbabwe yielded a result (South Africa won by 9 wickets), it was because South Africa was far superior. Matches may end in draws if teams are evenly matched, defeating the purpose.

People love to see fierce contests - it can be over 20 overs, 50 overs or five days. They dislike uneven, one-sided contests and unexciting matches. But with Test cricket between some countries (like Australia-India, India-England and Australia-England) now measuring up to their expectations and the matches yielding results, people are becoming interested in the longer version again. If at this juncture, the playing time is reduced and matches start ending in draws because of that, the interest will start waning again. Hence, instead of four-day Tests, other ways like day-night Tests and scheduling matches with weekends and public holidays in between should be looked at to increase attendance and viewership.