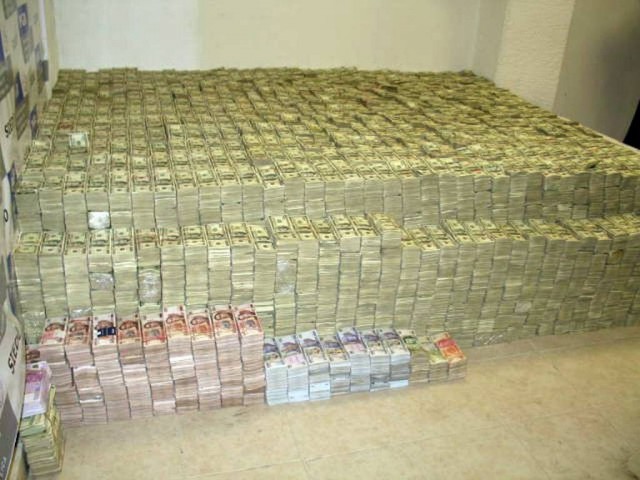 Editor-in-Chief of indiacommentary.com. Current Affairs analyst and political commentator. Writes for a number of publications. View all posts by this Author
For those in a fix about what to do with their pile of outlawed currency notes (apart from seeking a change agent @ 40%), the government has opened a window. Under a special disclosure scheme, named Prime Minister Garib Kalyan Yojna (PMGKY), disclose illegal cash and pay a total of 50% as tax, interest and penalty. Do not disclose, get caught later and pay a total of 85%. There will be no enquiries under any other act, including Benami, after the disclosure.

In a new set of rules announced today, the government has said that those who can explain the cash they have deposited in their accounts have nothing to worry. It could be in the form of cash in hand being brought forward from previous years. It could be income of the current year, supported by proper bills, vouchers and documents. But if the deposit remains unexplained, the person has two options. He can either declare it as undisclosed, illegal cash or keep mum, hoping that the tax authorities miss him in the avalanche of transactions that are being generated post demonetization.

If someone goes for the second option, he is either being too brave or extremely stupid. All banks are going to report all transactions of cash over Rs 2.5 lakh in old currency notes being deposited in any savings bank account in the country. They will also report amounts less than the threshold in case of Jan Dhan accounts or accounts that were dormant or did not have a history of cash transactions in moderate to heavy volumes in the past. The tax department has state of art software, with many filters and the same has been integrated with the information banks provide to it. The systems will red flag every suspicious transaction on its own, without the need of manual intervention. Notices will be generated and sent without fail. Hence, there will be no escape.

For those choosing the first option  that of declaring the undisclosed income  many benefits will accrue. They will pay a total of 50% as tax and penalty. Out of the balance, 25% will be locked for 4 years in an instrument to be specified later. They will be able to use the rest. They will not be prosecuted under any other act. That will be much better than scouting for dalals or change agents who are willing to convert the old to new at commissions ranging from 30 to 50%. While the changed money will still remain black when changed through an agent, it will become white in your books if disclosed to the authorities.

This is a good opportunity for those who have been stashing illegal cash for years. One has heard experts saying that very little cash is stored in bags and other assorted places. Ask this to bank staff who are complaining about the unholy stench emanating from the same. There is huge market for short term and long term cash and moneybags with muscle power, including the political kind, are known to store cash under their beds, in gunny sacks and huge leather bags. One corrupt official near Kolkata had cash buried in his walls. Hawala operators are known to keep mountains of cash at multiple locations to feed their chain. Now is the time for all such people to become clean, make a contribution for the nations progress and clear their conscience, if they have any. Otherwise, they will lose 85% of their booty and live with the stigma of being enemies of the nation.