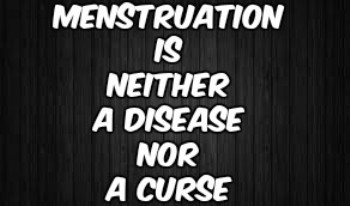 Institute In Gujarat Strips Girls To Check For Menstruation

Institute In Gujarat Strips Girls To Check For Menstruation

In a shameful and disturbing incident, a boarding institute in Gujaratâs Bhuj district has emotionally scarred 68 girl students by stripping them to check whether they were menstruating. A used sanitary napkin found in one of the toilets in the hostel was the trigger for subjecting the girls to such extreme humiliation. The institute administration could not think of a humane way of finding out who had disposed of the napkin there (which was against hostel rules). All it could think of was stripping the girls without bothering about the mental agony and shame the girls would bear for life.

The incident happened in Shree Sahajanand Girls Institute in Bhuj. The institute is run by the Swaminarayan trust. When the institute authorities found a used sanitary napkin in one of the toilets (or the institute compound, according to other reports), they lined up 68 girls and asked two others to strip them to find out who among them were having their periods and could have disposed of the napkin. The principal, the coordinator, the hostel supervisor and the peon were all allegedly involved in "outraging the modesty" of the girls and "criminal intimidation", that are the charges slapped on them after two students reported the matter to the police who promptly filed an FIR.

The institute administration, instead of regretting the incident, is defending its position. It said that the hostel rules say menstruating women students must stay in an isolated basement area and keep away from the kitchen and the place of worship. College trustee Pravin Pindoria is reported to have said that students were informed about its rules before they took admission in the college. Why have such degrading rules in the first place? In a separate and utterly disgusting response, the Dean of the college Darshana Dholakia is reported to have said that "everything happened with the girls' permission and nobody was forced. No one touched them."

Is Ms Dholakia aware that taking permission and not touching has nothing to do with leaving mental scars? Did the girls have a choice when asked to strip? Their refusal could have resulted in rustication and they were obviously fearful of that. Being stripped in front of peers is itself a huge shame and touching has nothing to do with it. Instead of defending the action, the college would do well to stop treating menstruation as a disease or a curse. It should let menstruating girls lead a normal life during the period and stop stigmatizing them. It should do away with the rule that isolates them and restricts their freedom during that period. As for the instant case, the law must take its own course and the guilty must be punished.