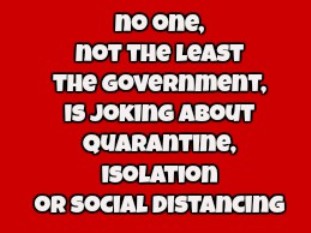 Several reports that are emerging now show how irresponsible companies and organizations have undermined the efforts of the administration all over India to fight the spread of the dreaded novel coronavirus in the last month. Even after it was clearly intimated by the Centre, through words and actions like rigorous screening of people coming from abroad, compulsory isolation, either at government facilities or self, quarantine in extreme cases, banning international flights and advising social distancing and avoiding large gatherings, several reports have emerged to show how people have tried to hide facts and flouted the norms.

In the first instance, more than 300 people have been taken for testing at different hospitals in Delhi from the Nizamuddin area of the capital. These people, mostly from south India, had come to attend a religious event at the Alami Markaz Bangewali Masjid, which is the centre for Tableeqhi Jamaat in Delhi. The event was also attended by foreign visitors from Malaysia, Indonesia, Saudi Arabia and Kyrgyzstan. After the event, they did not go back but put up in a crowded place. The needle of suspicion pointed at the mosque after it was found to be the common thread between a coronavirus death in Srinagar and 11 Indonesians who tested positive in Telangana. Police had been asking the assembled persons to vacate the building since March 24 but they did not listen. About 1400 people were staying in the 6-storied dormitory, out of which 280 were foreigners. FIRs have now been filed against several persons.

In the second instance, at last count 13 people have tested positive from a factory in Noida. The management of the unit did not disclose the foreign travel details of its employees. Its employees also did not adhere to the self-quarantine advisory issued by the government for those who had returned from abroad. The company has been identified as the fire extinguisher making unit Cease Fire. Its employees, including the owner, had visited different countries in March but cleared the screening at the airports. Still, they were to follow the rules by reporting the visit and remaining in self-quarantine for 14 days. They did not do so and exposed other employees and workers to the risk of infection. FIRs have been lodged against the company and its top management.

These are two cases that have come to light. There might be many other such cases in different parts of India where irresponsible and mindless persons have decided to put their lives at risk, along with those of others who come in their contact. In doing so, they are pushing the spread of the virus in the community, the very thing the government and the whole of India is fighting to prevent. It is difficult to believe that there still exist people who think that the whole thing about quarantine, isolation and social distancing is a joke and who take perverse pleasure in flouting rules, even though it is their life which is at risk.