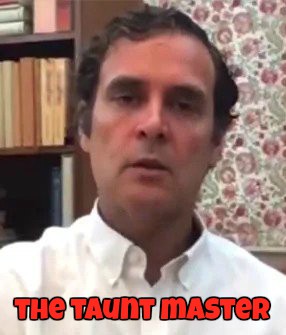 The more the Congress and a section of the media taunt Narendra Modi, the more his stock rises. Rahul Gandhi questions every policy decision of his and asks for proof for everything like a self-appointed chief justice in a court that exists only in his mind. Most of the time, he hurls personal insults (despite being cautioned against it by party elders) like a local rowdy. Congress spokesmen and leaders like P Chidambaram and Shashi Tharoor try to mock the Prime Minister. They win brownie points and likes on social media but all of it comes to naught in the people's court as Modi's policy decisions start to bear fruit.

Take the de-escalation of the standoff with China at the LAC. Rahul Gandhi and the Congress created scary scenarios from the beginning and tried to show the nation that the government was hiding what was happening at the LAC. They (and a section of the media that leans towards them) all but called Modi a liar and someone who would let the Chinese overrun India. They questioned why he was soft on China and why he did not name China in his speech about expansionism. This was parroted by the same section of the media. Even when the troops started disengaging, the Congress wanted proof. Sections of media engaged in biased reporting by saying the government was "claiming" that the Chinese troops were pulling back.

Shockingly, when the US technological firm Maxar Technologies provided satellite images as proof, these media outlets started to suggest that the buffer zones being created between the two armies at the LAC by the pullback were dangerous. Without having the knowledge of what the terms of the disengagement were, wild speculations are being made both by the Congress and the said section of the media. The Congress and these media outlets want proof. Maxar has provided that. Yet they are not satisfied.