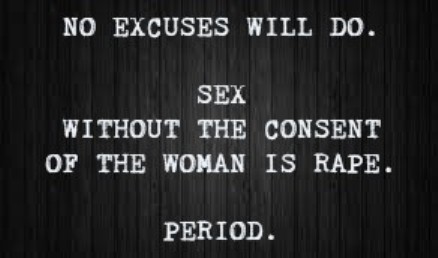 It Is Not Rape Only If It Is Consensual Sex

It Is Not Rape Only If It Is Consensual Sex

Some people in the male-dominated society in India can go to any length to show women in a bad light by indulging in character assassination and by attributing motives to them. Further, when it comes to defense lawyers trying to get their obnoxious clients off the hook in rape crimes, this takes the form of fine art where lawyers try to prove the victim to be a woman of "loose morals" and thereby question her motives in 'falsely' accusing their client. But the Supreme Court has always taken a hard stance against this practice. It has always, and consistently, held that a woman's private life is not the subject matter in a rape case which is a clear case of a person having forced sex with her without her consent.

In the case that came up for hearing before the bench of CJI S A Bobde and justices B R Gavai and Surya Kant, it was found that the Allahabad High Court had granted bail to the accused on the basis of a medical report that suggested that the victim was "habituated to sex", the accused had no criminal record and the two could have been in a consensual relationship. The Supreme Court took strong exception to that. It clearly stated that "habituated to sex is no ground for grant of bail" and asked the accused to surrender before the court in Muzaffarnagar within four weeks.

That forms the crux of what has become famous in the slogan "no means no". Every woman has the right to say no and once she refuses to consent (or even if she consents but is below 18 years of age), no one can invade her privacy. It does not matter whether she is a sex worker, a woman "habituated to sex" or even if she has had previous sexual relations with the accused. It needs to be understood that rape is a crime where a man or a group of men have sex with a woman against her wishes. Hence, defense lawyers should desist from assassinating the woman's character and instead focus on evidence of consent or other things to prove their clients' innocence.