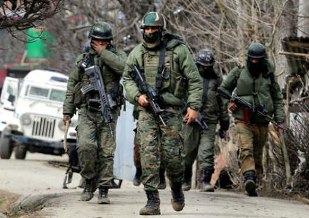 View all posts by this Author
General Bipin Rawat, the Army chief, is right when he said that the new Governor in Jammu & Kashmir, Satyapal Malik, must be given space for him to consult all kinds of people before he can assess the situation in the state. The Army chief also said that he didnt think it fit for the Army to present him with a security plan on its own.

This is an extremely sane stand. The situation in the state is fluid, with all kinds of opinion floating around. Politically, the state is in limbo with Presidents rule. The Governor first needs to consult politicians across the spectrum. Then he must take up the issues with the civil society. Only then should the security apparatus, which includes the Army and the J & K Police, be consulted. The Governor will then be in a better position to either accept or reject the suggestions of the security forces.

For, the security forces generally have a one-point agenda  to prevent disturbances. Their actions usually offend a large number of people and can often lead to further disturbances. But when the Governor consults the politicians and a large cross section of the citizenry, he can get direct knowledge of what measures need to be taken and which ones are unnecessary and can irk the people. This knowledge can help him in advising the security forces, who can then brief him on the necessity of the suggested measures.