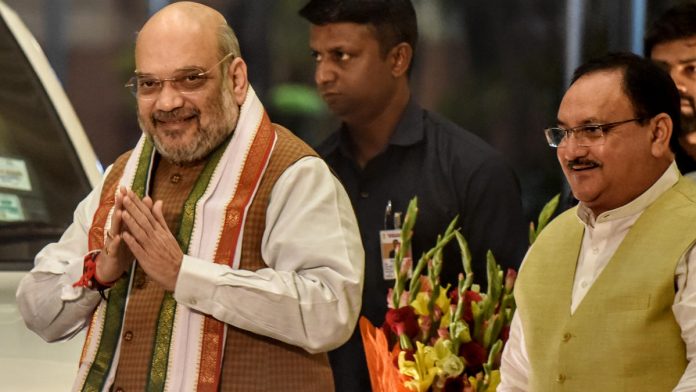 JP Nadda: The Man Of The Moment For The BJP

JP Nadda: The Man Of The Moment For The BJP

Although JP Nadda has been elected unopposed as the new president of the BJP, only time will tell if he will really wield the power as the party chief or if he has been elevated just to show the world that the party adheres to the one-man, one-post rule and will not make an exception even for Amit Shah. There is no doubt that Shah had really made the party a fighting unit with presence all over India and he will not want the position to deteriorate or change, especially as the party faces multiple challenges in seeking to push its controversial agenda aggressively in its second term.

Even as the economy is in doldrums and the BJP has been losing in state elections and facing the heat from its allies, the country has seen massive protests over the NRC/NPR/CAA issues. Since NRC and CAA have been part of the party manifesto for a long time and both Prime Minister Modi and Amit Shah show no signs of backing off, Nadda has the unenviable task of steering the party at a time when its stock is on a downward spiral.

As the BJP was losing in state elections, its allies were having second thoughts on continuing with electoral alliances. The NRC/CAA fiasco has added to their fears. JD(U) in Bihar and the Akali Dal in Punjab are showing signs of going their own way. The Shiv Sena has already allied with the NCP and the Congress in Maharashtra. Nadda will have to assuage the feelings of current allies and strike new alliances if the BJP is to win in the states. The party is realizing fast that Narendra Modi's charisma is not enough to tide over local issues and caste calculations.

If things go out of hand from now on, the party will face a strong push from the RSS. Nadda's elevation will come in handy then. For, Nadda is an RSS man. He is trusted by those who matter in Nagpur. It is to the benefit of the party that he is equally trusted by both Modi and Shah. On paper, the BJP has got an ideal candidate to helm it at this crucial juncture. It remains to be seen whether he will be given a free hand or will be remote-controlled by Shah.