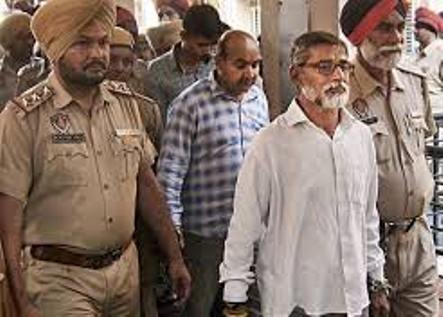 Some judgments, despite not being landmark judgments, are very important as they inspire faith in the judiciary, the legal system and the investigation process. The judgment by Judge Tejwinder Singh of the Pathankot Sessions Court in the Kathua rape and murder case falls in this category. The very fact that the Supreme Court chose to assign the case to the Pathankot court bypassing the jurisdictional court proves that due process was being vitiated and the apex court had to intervene to set things right. The apex court rightly surmised that if the case was heard and decided by the jurisdictional court, justice would not be done as there would be a lot of outside pressure on all involved in delivering justice.

The case attracted a lot of attention for the fact that it was taken up by votaries of Hindutva as one in which the Hindu community was targeted by investigators as the victim was from the Bakarwal nomadic community which follows the Muslim faith. The place of the crime was also the bone of contention, as they were the rooms behind a temple. The prime accused was the keeper of the temple. All this injected a huge communal angle to the case with the formation of Hindu Ekta Manch and involvement of BJP legislators in demanding the release of the accused. The prosecution was browbeaten and the investigating team was not allowed to visit some places. There were daily rallies in support of the accused. Efforts were also made to deepen the religious and regional divide in Jammu & Kashmir.

But in the end, the investigation and the judicial process triumphed. Three persons, Sanji Ram (the temple keeper), Parvesh Kumar and Deepak Khajuria have been sentenced to life imprisonment for murder and 25 years in jail for rape. Sub Inspector Anand Dutta, Special Police Officer Surender Verma and Head Constable Tilak Raj got a five-year term for destroying evidence and misleading the investigating police team about the place where the crime took place. The J&K police need to be commended for carrying out a thorough and impartial investigation that adhered to due process. That they did it in quick time proves that if the police force is unbiased and free from political pressures, it can bring all criminals to book.

The BJP and the Centre should now study the case in detail and seek reasons why such hullabaloo was created over what was essentially a crime in which a minor girl was raped and murdered to teach a lesson to the Bakarwal community to which she belonged. It must study why BJP legislators got involved and why people close to the BJP formed the Manch to support the accused. The party must tell all concerned that such things that put roadblocks in the judicial and investigating process will not be tolerated. A crime is a crime regardless of the people involved and all criminals must be punished. Local leaders must not be given the leeway they were given in this case. Unless the government acts to put a stop to such hooliganism, peopleâs faith in the due process will be shaken.