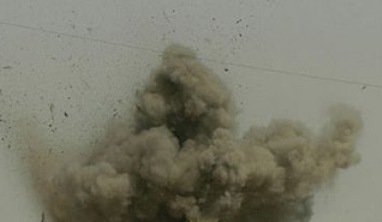 Editor-in-Chief of indiacommentary.com. Current Affairs analyst and political commentator. Writes for a number of publications. View all posts by this Author
Information warfare is part of strategic warfare between nations. Hence, it is not surprising that the Pakistani Army has handed out morphed video to TV channels there which shows Indian jawans being killed in blasts engineered by them. The Pakistani TV channels have no option but to show the videos. Otherwise, if they had conducted an independent forensic test, they would have discovered that the videos are doctored. Anyone with a basic knowledge of computer imagery can make that out easily. But how can the Pakistani TV channels defy the strong military establishment in that country by saying so. Hence, they are airing the morphed videos as if they are gospel truth.

Three things in the morphed videos are dead giveaways. First, when the blasts occur, not a single leaf of the huge trees shown in the foreground shakes. Trees can sometimes be uprooted by bomb blasts, but even a small blast would have shown them shaking. Second, the jawans are shown to fall on the ground in a motion that cannot be said to be engineered by a blast. A blast would have flung them far, not made them fall where they were standing. Third, the smoke from the blasts is shown to change places in the videos. This does not happen. A blast will spawn smoke and dust in a particular way and it will be consistent in all frames of the video. Someone has goofed up big time in the Pakistani Armys propaganda unit. Even the much reviled Bollywood does a better job.

A deeply shocked Pakistani military establishment, given to non-responses from India, will now try to feed misinformation. But since they are not professionals and they cannot employ outside professionals for obvious reasons, they will put out such childish videos and become the laughing stocks of the world. It is often said that frustration makes one lose ones thinking powers. The Pakistanis were upbeat after Burhan Wanis encounter and had tried to poison the worlds mind against Indias human rights violations in Kashmir with some success. But after Uri and the surgical strikes, India has turned the tables. The Pakistanis never expected this response and they are shell-shocked. Hence, their usual confidence is not on display and the badly morphed videos are proof of this.