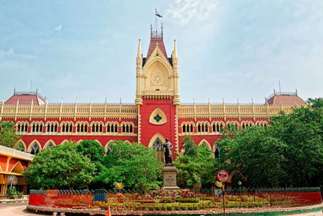 Editor-in-Chief of indiacommentary.com. Current Affairs analyst and political commentator. Writes for a number of publications. View all posts by this Author
The Calcutta High Court has a sanctioned strength of 72 judges. After three judges joined recently, there are presently 33 serving judges out of which two are assigned to the Port Blair circuit banch. Five new names have been sanctioned by the Supreme Court collegium that will bring the strength to 38. At the end of February 2018, the court had 18779 cases pending on the original side and 203982 on the appellate side. This makes for a sorry state of affairs with the ends of justice not being met due to delays on account of lack of judges.

Having said this, the ongoing lawyers strike at the court, to press for appointment of more judges, is even more disastrous for litigants. It has brought work to a standstill and even the 5000-odd cases that were disposed of in a month by the serving judges are getting delayed. The lawyers are cutting their noses to spite their face. They struck work on February 18 this year and the strike is not likely to end any time soon. Entreaties by acting Chief Justice Jyotirmay Bhattacharya and two of his senior-most colleagues, Justice Anirudha Bose and Justice Debasish Kar Gupta have fallen on deaf ears and all the three lawyers bodies - Calcutta High Court Bar Association, Bar Library Club and Incorporated Law Society  have not budged from their stand.

The lawyers must understand that paucity of judges is just one of the reasons for backlog of cases. There are several other reasons like innumerable holidays, cease work by lawyers due to various reasons and adjournments sought by lawyers, among other things. The lawyers serving at Calcutta High Court have made their point by raising awareness about the deplorable bench strength at the court and the harm it is doing to litigants. But by prolonging their strike, they are doing more harm. Justice is not being delivered and litigants are suffering. Hence, they should now resume work.