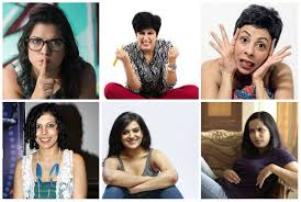 Men Overestimate Their Ability To Tickle The Funny Bone

Men Overestimate Their Ability To Tickle The Funny Bone

Laughter, they say, is the best medicine. But the recent study published in Psychology Today that says that men are funnier than women is not going to make many laugh. It is insolent to pass judgment on such matters because being funny is a subjective thing. The listener to a joke has to be intelligent enough to understand it to consider it funny. If men do their 'bro' thing before a largely male audience, they would definitely invite more laughter than if the same jokes were presented before a predominantly female audience.

Being funny and inducing laughter is no one's exclusive preserve. It is only subject to the ability of the person to connect with his audience. Hence, a joke about Donald Trump might not get any laughs in rural India while a Haryanvi joke would fall flat before an audience in London that has few Indians in attendance. To be funny, a person needs to understand the intelligence level and social and cultural preferences of his or her audience. After that, it does not matter if the joke is uttered by a male or a female.

Ample evidence that men are funnier is not true is provided in family gatherings in India. It is often seen that while the men nurse their drinks and indulge in business gossip, it is the women who provide the laughs. One has seen tais, kakis, mamis, bhuas and bhabhis bring the house down with their witty responses to situations and their timely one-liners. They are second to none when it comes to being funny. Only, they get lesser opportunities in a patriarchal society.

The other evidence is the increasing number of female stand-up comedians. In what was till recently an exclusive male preserve, women are breaking in and grabbing the spotlight in large numbers worldwide. In cinema too, although backed by the script and dialogues, female actors are proving their mettle as fine comedians with unparalleled comic timing. Men, like the author of the above study, Dr. Gil Greengross, perhaps overestimate their ability to tickle the funny bone.