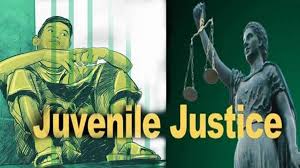 Editor-in-Chief of indiacommentary.com. Current Affairs analyst and political commentator. Writes for a number of publications. View all posts by this Author
image courtesy: NewsX

The country had debated and opined that juveniles older than 16 years should be tried as adults, in the wake of the barbaric acts perpetrated by a juvenile in the Nirbhaya rape case. The lawmakers listened and drafted a new Juvenile Justice Bill in 2014. But their monkeying got the better of them and the bill is still not law. The result is that a ferocious criminal is about to be released from a remand home in just three years for a crime for which his adult partners got death. The courts have held up their hands in despair â what else can they do, as the law as it stands today does not allow them to prescribe any further punishment.

The thinking that went behind giving juveniles a leeway in punishment was that they were not mature enough to understand the consequences of what they were doing. This is a blatantly outdated thinking. Changes in education and advances in technology, as also the fact that society itself has changed â for example, we are moving away from the joint family system which provided a support system to minors â means that minors now imbibe many adult traits- sadly, the bad ones in most cases - at a much younger age. Hence, the law that punishes them needs to be suitably altered.

The problem in India is that we recognize the flaws but take too much time in correcting them. In the instant case, the Juvenile Justice Bill is pending for more than two years. Parliamentarians have indulged in shameful behavior inside the House, blocking passage of important legislation. But essentially, this is a failure of the government. There are several non-controversial bills that should have been prioritized. Juvenile Justice Bill is one of them. One is sure that despite their differences, most parties would have come together to pass it. A brute would not have walked free only if MPs were more concerned in the well-being of the country instead of their own parties.